BNS
aA
Built within the territory of a former Jewish cemetery, the Vilnius Palace of Concerts and Sports will host conferences after its reconstruction, and not concerts, Lithuanian Prime Minister Algirdas Butkevičius said on Wednesday. 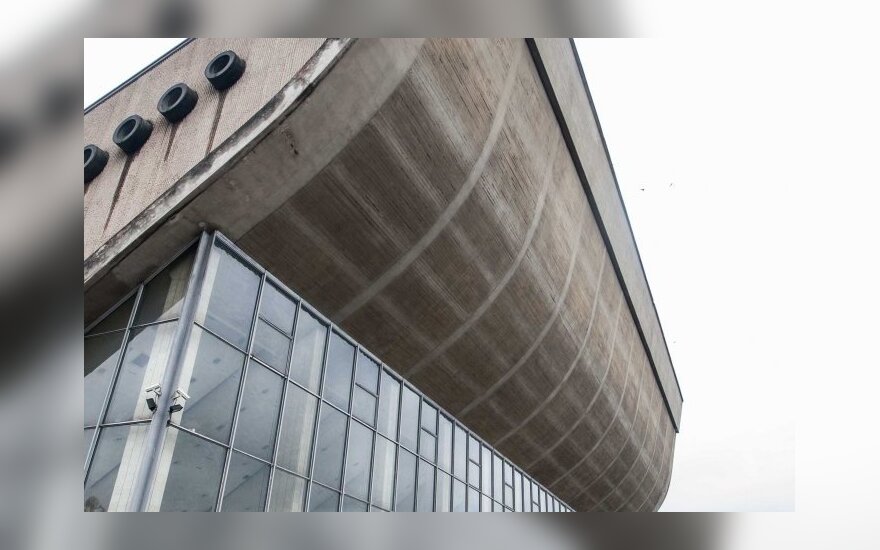 "This venue will not be meant for concerts, only for conferences," the prime minister told journalists.

The state will buy the former Vilnius Palace of Concerts and Sports for EUR 5.6 million. The state enterprise Turto Bankas on Wednesday signed the contract on the purchase of the three-building complex, including one part, worth EUR 5.4 million, that will be purchased from the bankruptcy administrator of the Ūkio Bankas Investicinė Grupė, and the second part, worth EUR 0.2 million and now belonging to company Žalgirio Sporto Arena.

According to Butkevičius, the new Vilnius Congress Center will be opened in 2018 when Lithuania will mark the 100th anniversary of the state restoration.

Built in 1970s, the Vilnius Palace of Concerts and Sports was put on the Cultural Heritage Register in 2006.

The complex was built in the territory of an old Jewish cemetery that had been there since the 16th century. It was closed in the 19th century and the majority of graves were destroyed during the construction of the complex. Any surface boundaries of the cemetery were also destroyed.

They were again confirmed in 2009 and the existing car park was removed.

Some Orthodox Jewish rabbis have urged the Lithuanian government to call off the renovation project, saying it could have a negative impact on the Šnipiškės Jewish cemetery. Meanwhile, the local Jewish community and the London-based Committee for the Preservation of Jewish Cemeteries in Europe do not object to the project, saying it will have no effect on the cemetery whatsoever.

The issue was also discussed during the Lithuanian and Israeli prime ministers' recent meeting in Jerusalem.

According to Butkevičius, the territory of the former cemetery will be tended to during the reconstruction work and the whole work will be done in cooperation with Jewish organizations.

"We have to tend to the Šnipiškės cemetery and this project will be coordinated with the Jewish Community of Lithuania and also the international Jewish community which is responsible to the tending of Jewish cemeteries in Europe," the Lithuanian prime minister said on Wednesday.

Israel has no objections to Lithuania about the renovation project of the Concert and Sports Palace...

The Lithuanian Architects Union on Monday hosted a public discussion on one of the major development...