Vilnius should have monument to people who saved Jews, says Jewish community leader

BNS
aA
The Lithuanian Jewish community would like to see a monument built in Vilnius to people who were saving Jews during World War Two. 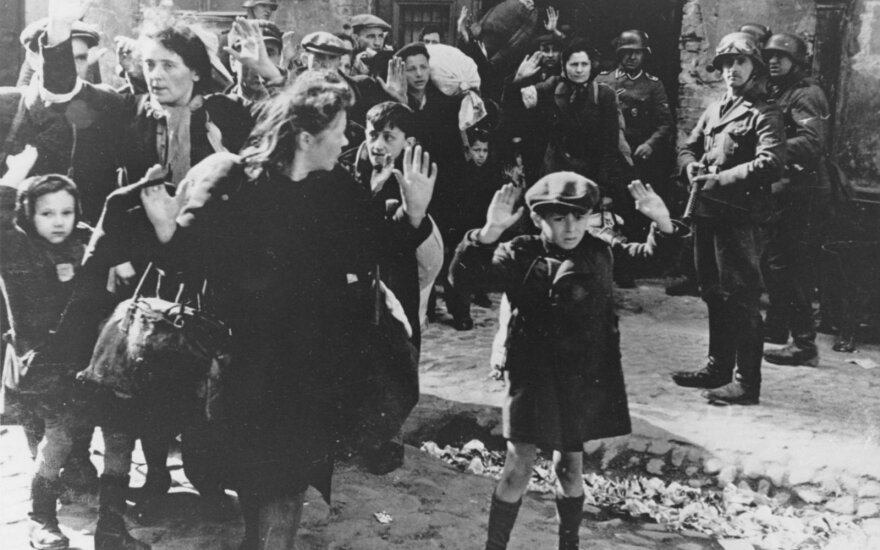 Faina Kukliansky, the leader of the community, has commended a recent proposal to build a monument for Lithuanian savers of Jews in Israel, but said that such a memorial should first appear in Vilnius.

"Why build it in Israel and not in Lithuania? Should we not pay tribute to rescuers here in Lithuania? Perhaps it wouldn't be too much, if a sculpture was built in Israel, too. There are people living there from Lithuania who survived because of those rescuers. People will not oppose it, I think. But perhaps we should do it in Lithuania," Kukliansky told BNS on Sunday.

Related articles
Lithuanian prosecutors 'should look into list of Holocaust perpetrators'
'They showed that Lithuanians were an honourable people, they saved their own and their nation's honour'

Vilnius Mayor Remigijus Šimašius says that the city could indeed do more to commemorate people who helped Jews escape Nazi persecution during World War Two, but the municipality has no concrete plans for that.

Ho noted that a street in the Lithuanian capital was recently named after Ona Šimaitė, a Lithuanian woman named by the Yad Vashem centre as righteous among the nations.

Over 90% of Lithuania's pre-war Jewish community, estimated at 208,000, perished during the Holocaust, many of them at the hands of local collaborators of the Nazis.

Yad Vashem has named over 800 Lithuanians who were rescuing Jews during the Second World War as righteous among the nations.