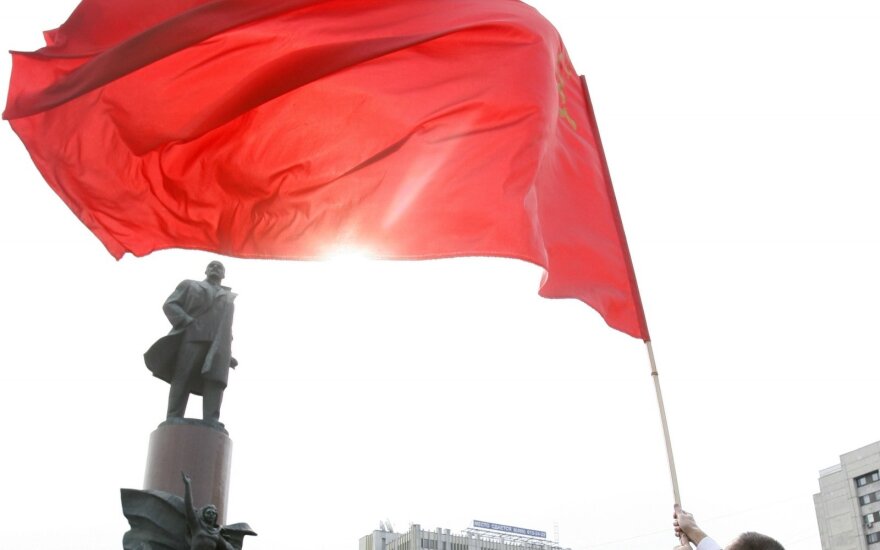 The first call concerned a white flag with a five-pointed star and a hammer-and-sickle symbol that was suspended over a bridge in Vilnius. The police took the flag down.

The police were also called to Naujoji Vilnia, a neighbourhood in Vilnius, where a Soviet Union flag was hoisted outside