(1)
aA
Vilnius, the capital of Lithuania, was chosen by the BBC for The Eichmann Show, starring British film and TV star Martin Freeman. The film tells a story about the trial of one most notorious figures of the Holocaust. The 90-minute drama focuses on the broadcast of the trial of Adolf Eichmann, chief architect of the Nazis' "final solution" plan to exterminate Europe's Jews. 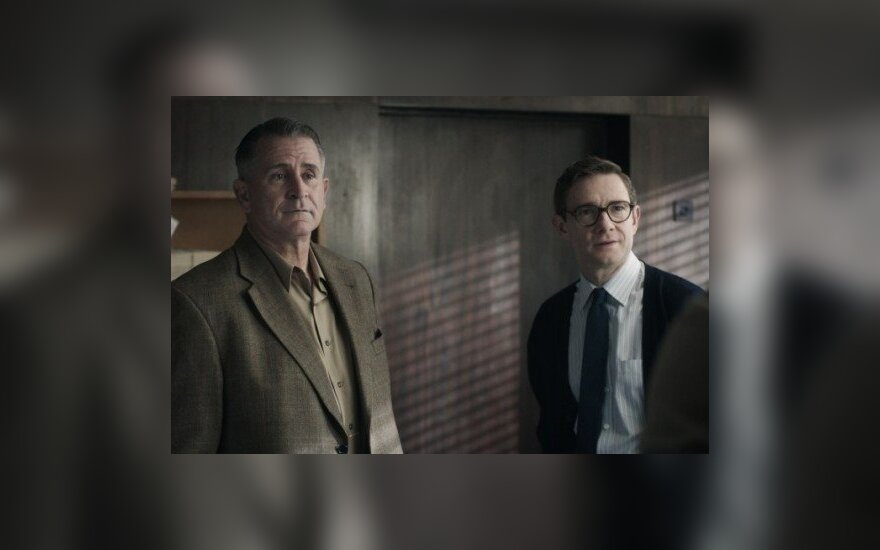 “Vilnius is talented at playing many different parts. This time, the city’s ‘role’ is Jerusalem. We have a large pool of extremely professional and seasoned actors and crew who provide first-rate services. The fact that the BBC has chosen Lithuania for telling such an important story is bespeaks the fact that producers, directors and actors recognize the talent that we have to offer and we’re proud of the part that the Vilnius Film Office has played in making productions go as smoothly as possible,” said Mayor Artūras Zuokas during his visit to the set.

Martin Freeman, who starred in The Hobbit trilogy and played Dr. Watson in the British hit TV series Sherlock, will play TV producer Milton Fruchtman and had this to say about his experience of filming in Vilnius: “Staying and working in Vilnius is proving to be a wonderful experience. It is an extraordinarily beautiful city with a wonderful history and spirit. I hope I can return in the future.”

The film will also feature Anthony LaPaglia, a Golden Globe Award winner for his role in the US television series Without a Trace. “It is a pleasure to be in Lithuania and working in its capital city Vilnius. It's like a little jewel, beautiful and steeped in history.I have been made to feel very welcome by the people of Vilnius who are friendly, warm and charming,” said LaPaglia. 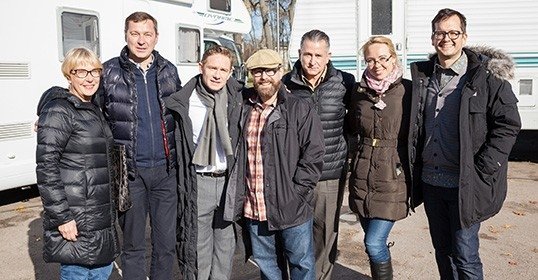 The BBC chose to shoot The Eichmann Show in Vilnius. Photo courtesy of Vilnius mayor's office

Adolf Eichmann will be played by Lithuanian actor Vaidotas Martinaitis.

Eichmann was captured by Israeli secret agents in Buenos Aires in 1960 and transported to Israel where he was tried a year later. He was hanged in 1962.

His trial was broadcast to 37 countries over four months and marked the first global TV event, shocking the world with its first-hand testimonies from survivors recounting the evils of the death camps.

The Eichmann Show will be the centrepiece of a series of BBC1 and BBC2 programmes marking next year’s Holocaust Memorial Day on 27 January, the 70th anniversary of the liberation of death camp Auschwitz-Birkenau. The Baltic Film Services was the local Lithuanian production company on the project. 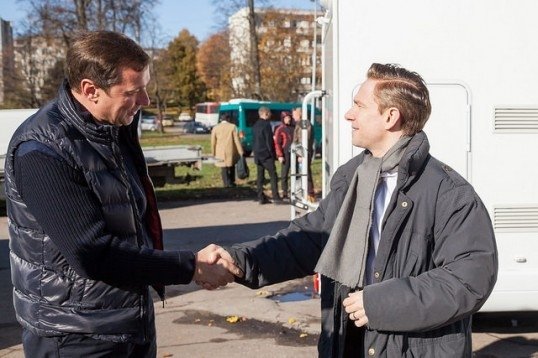