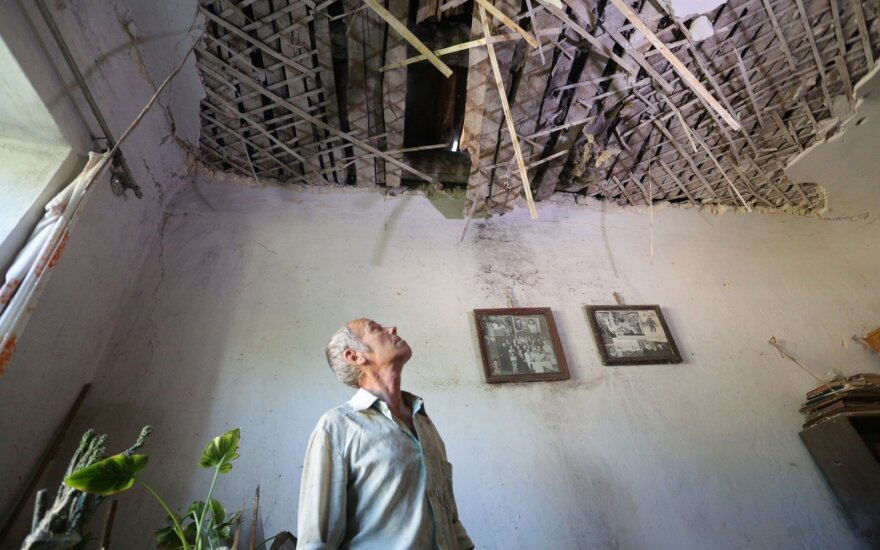 "We are preparing procedures and can say that the Lithuanian Embassy in Ukraine will choose three families for immediate relocation. We will prepare necessary documents, and initially they will be accommodated in the southern resort of Druskininkai for up to a month," Vice-Minister of the Interior Elvinas Jankevičius told BNS.

Vice-Mayor of Vilnius Guntautas Paluckas also told BNS that it had been agreed with representatives of the Interior Ministry that Vilnius would provide social housing for the three families. Vilnius City Council is due to make a decision on that in the middle of September.

According to Jankevičius, the Ukrainian families have not been selected yet but it would probably be "families with children". All in all, there might be 12-15 people, he said.

In mid-July, the government of Lithuania decided to accommodate in Lithuania Ukrainians of Lithuanian descent from the war-hit Ukrainian eastern regions of Donetsk and Luhansk as well as from the southern region of Crimea which has been annexed by Russia.

Ahead of the launch of the program, Vilnius decided to provide social housing to a Ukrainian citizen of Lithuanian descent and her minor daughter.

All in all, around 10,000 people of Lithuanian descent live in Ukraine, and there are around 1,500 officially-registered Lithuanian citizens residing in Ukraine.

Figures from the Lithuanian Interior Ministry show that families with the total number of 58 people have expressed wish to be relocated to Lithuania.

Lithuania to resettle nationals from Crimea and Eastern Ukraine

Lithuania's government decided on Wednesday to resettle Lithuanian citizens and people of Lithuanian...

Lithuania plans to bring back Lithuanian citizens, people of Lithuanian descent and their families who...