The Lithuania Tribune, BNS
aA
Vilnius' city government is planning to create a separate list for Roma people applying for social housing in order to move out of the Roma settlement on the edge of Vilnius. 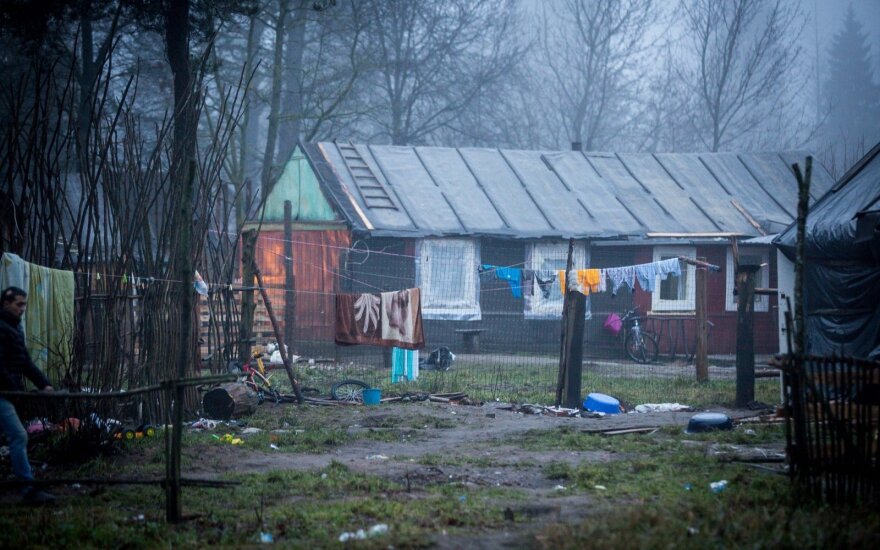 This was announced on Monday by deputy mayor Gintautas Paluckas, who participated in a government meeting to discuss the Roma settlement issue.

When he spoke to journalists ahead of the meeting, Paluckas also said that the number of residents in the Roma settlement should be reduced by half within three years.

“We will make a separate list for the Roma – you can call it affirmative action – to dispense compensation. They will not have to wait in the general social housing line,” said the deputy mayor.

The municipal council, however, has yet to confirm the plan for quicker housing for Roma families.

“Soon, two families will be moving from the settlement: one this week, and the other a little later. One mother with six children and another with five. In this way, bit by bit, we plan to move 30 families with children, or 100 to 120 people, into better living conditions and environments over this year and the next,” explained Paluckas.

He had criticism for earlier attempts by the Vilnius city government to solve the Roma settlement issue.

“I dare say we've never had real integration. Sending tractors or bulldozers isn't integration. They live in great poverty, these people have been trapped in poverty, and this had led to lower levels of education, less employment opportunities, less motivation to send their children to schools, and so forth. It's a vicious cycle. The cycle can only be broken by removing those people, those families, and especially those children, from the settlement's environment: an environment of crime and poverty,” said Paluckas.

The Ministry of the Interior, which initiated the governmental meeting about the Roma settlement, suggested reviewing the programs being used for the settlement to see if they were effective and said that programs should prioritize the children in the settlement as well as the drug abusers found there.

Minister of the Interior Affairs Saulius Skvernelis has said that the Vilnius Roma settlement is one of the largest heroine distribution points in the country, but also that law enforcement could not solve that problem alone.

The Vilnius municipal government is currently considering a €700,000 plan for integration, education, drug abuse prevention, settlement care-taking and other programs for the Roma settlement.

The Department of Ethnic Minorities has promised to set aside up to €120,000 for education and the preservation of traditions in the Roma community over two years.

Deputy minister of health Jadvyga Zinkevičiūtė has mentioned that there are plans to increase the scope of the Centre for Addictive Disorders' operations, and that health services could be offered to the Roma from a bus that would be stationed near the settlement.