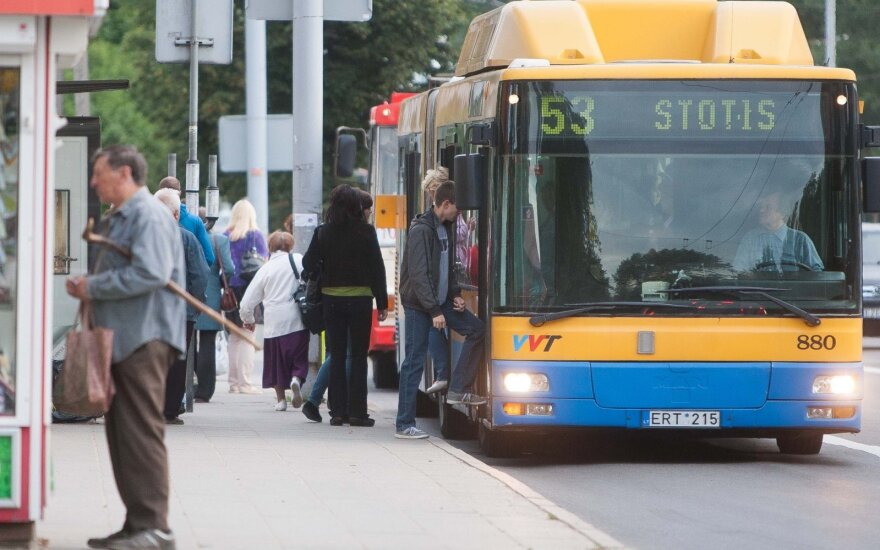 The mayor on Wednesday called Commission's conclusion, saying such signs are unnecessary, "a joke".

"One cannot call it anything else but a joke. The commission's job is probably to object. And our job is to do it. So we'll do it," Šimašius told BNS on Wednesday via his spokesman Aleksandras Zubriakovas.

Earlier in the day, the State Commission of the Lithuanian Language did not back an initiative from Vilnius public transport administration to install Lithuanian-English direction signs on buses taking passengers to central Vilnius and the airport.

"One should note the fact that key elements of any bus route are location names which are not translatable, therefore, there is no point in installing signs in the English language," the watchdog said in a statement on Wednesday.

The commission believes transport information useful for foreign tourists should be made available at bus stops, on information stands, etc.

Municipal company Vilniaus Viešasis Transportas (Vilnius Public Transport) had inquired with the language commission and the State Language Inspectorate on the possibility to install bilingual information signs in public transport to facilitate the use of public transport for foreigners.