BNS EN
aA
Vilnius Mayor Remigijus Šimašius expects that the state of emergency that has been declared in the capital due to an environmental disaster will be lifted shortly. 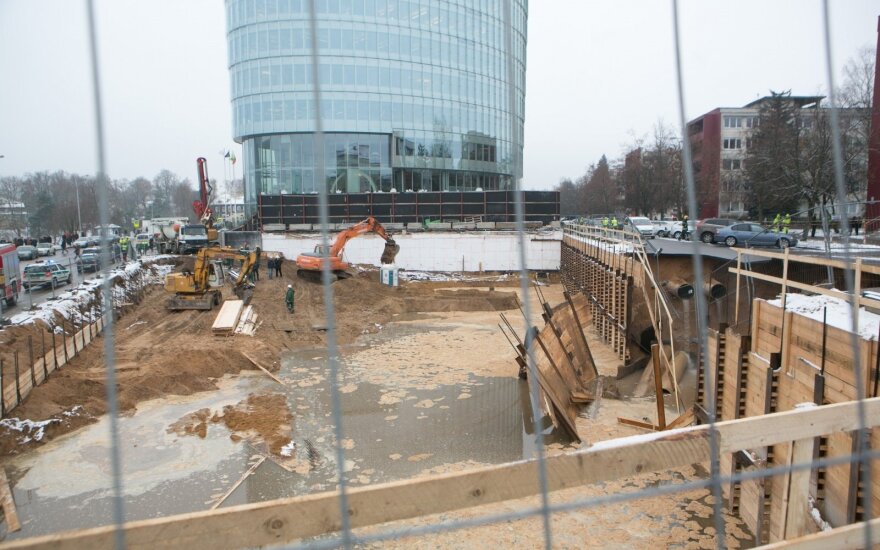 "I think the state of emergency will be cancelled in a day or two," he told reporters ahead of a meeting of the municipal Emergency Commission on Tuesday.

Based on preliminary estimates, around 20,000 cubic meters of untreated wastewater spilled into the River Neris after two sewer mains burst in Upės Street, near the construction site of the underground car park of the Green Hall 3 business center that is being built in Vilnius.

In the mayor's words, the authorities could not cut off water supply for some of the capital's districts in order to prevent wastewater from pouring into the river as that would have meant leaving the hospitals in Santariškės and Antakalnis without water supplies.

"Based on the information that was available to me at that time, this would have posed a threat to lives," he said.

According to Environment Minister Kęstutis Navickas, more than 200,000 people would have been left without water and sewer services, which could have caused social tension.

The minister on Tuesday described the sewage spill into the River Nėris as one of the largest environmental disasters of recent years, adding that the exact damage to the environment would assessed shortly.

Urban Inventors, a SBA Group subsidiary that develops the Green Hall business centers, has said that it will commission an independent investigation of the causes of the accident.

A large sinkhole opened up near Barclays ' building in Upės Street in central Vilnius, forcing the...

Damage of sewage spill to River Neris may total EUR 300,000

The damage caused to the River Neris by the leak of sewage system in Vilnius may total 300,000 euros,...

The preliminary damage caused by the December sewage spill in central Vilnius stands at 450,000 euros,...