aA
One year before the proclamation of the 100th anniversary of the restoration of Lithuanian statehood in Vilnius – from this February 16 until February 16 next year, daily at 19 hours 18 minutes – trumpet player Laurynas Lapė and his students will perform the composition "Dear Lithuania" for Vilnius residents and guests from the Palace of the Grand Dukes of Lithuania, Go Vilnius agency reported. 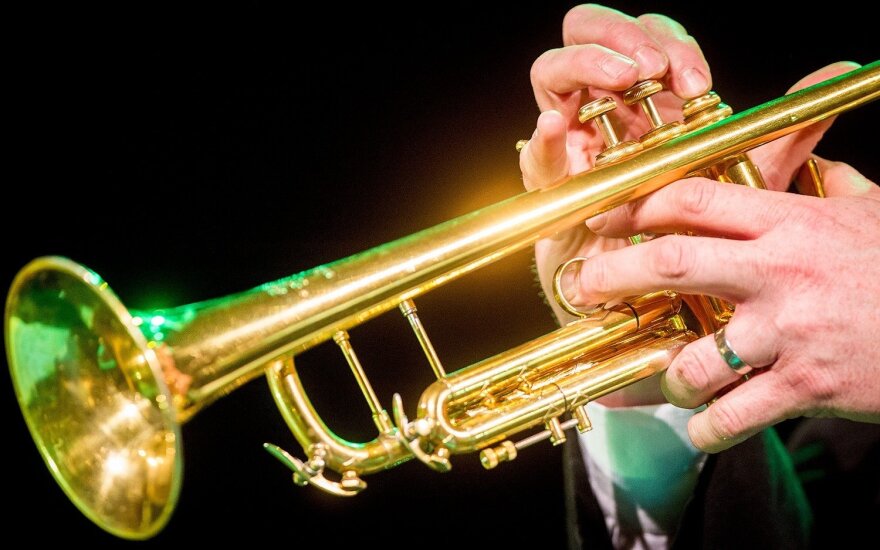 In this musical way, residents of Vilnius are getting ready for the centenary of the restoration of statehood of Lithuania and guests of the city can discover this important upcoming anniversary.
On 16th February 1918, the Lithuanian Council signed the Act of Independence, a document declaring that the Lithuanian State, by renouncing all state ties it ever had with other nations, was restored. 20 signatories put their names on the Act of Independence at 26 Pilies Street in Vilnius. The text states:

the Lithuanian Council, at its meeting on 16 February 1918, unanimously decided to address the Russian, German and other governments with the following statement:

The Lithuanian Council, as the sole representative of the Lithuanian nation, referring to the recognised right of self-determination of nations and the resolution of the Lithuanian Vilnius Conference of 18-23 September 1917, announces the restoration of an independent Lithuanian state arranged on the democratic foundations with the capital Vilnius and separating the state from all public ties it has ever had with other nations.

The time of performance – 19 hours 18 minutes – marks the year of the restoration of Lithuanian statehood - 1918. At this time every day, Laurynas Lapė and his students will perform the work "Dear Lithuania" based on the verses of Maironis and widely titled “the second anthem of Lithuania” at the Cathedral Square. The poem was first published in 1895 in the most famous collection of works "Voices of Spring" by Jonas Mačiulis-Maironis, and the musical arrangement was created by Juozas Naujalis, one of Lithuania’s most renowned composers.

"I encourage all free Vilnius citizens to commemorate the upcoming centenary of Lithuanian statehood every day with the music of this trumpet player. Let it become a nice tradition that will be known not only in the cities and towns of Lithuania, but also around the world. It is also symbolic that the trumpet will play from the Palace of the Grand Dukes of Lithuania. We deliberately start on 16th February of this year at 19 hours 18 minutes and will continue to celebrate our freedom and statehood with the trumpet’s call until 16th February 2018," says Vilnius Mayor, Remigijus Šimašius.
In order for the project to live for 365 consecutive days, the support of socially-minded enterprises and individuals is required. Everyone willing and able to contribute to the project is welcome to visit www.lithuania100.com and support this initiative.

Project initiators: City of Vilnius, PI “Go Vilnius”, the Palace of the Grand Dukes of Lithuania.

Lithuania's President Dalia Grybauskaitė has extended congratulations to the nation of Day of...