BNS
aA
UNESCO experts have ended discussions on the issue of constructing a bridge between mainland Lithuania and the Curonian Spit. The delegation inspected the site in response to Russia's complaints, the Lietuvos Žinios daily reports. 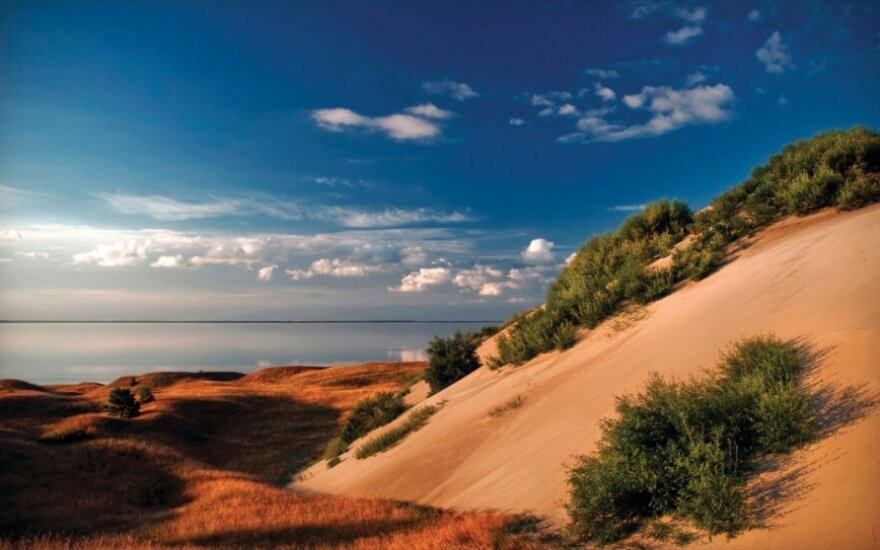 "The existing situation without any bridge, on the contrary, creates conditions for an automatic filter of human traffic to the Spit, especially if we speak about the excessive transport pressure on the location. Therefore, the existing situation must remain unchanged," the report says, also suggesting to the Lithuanian government to introduce an official ban to build any bridge to the Curonian Spit.

The specialist also evaluated the impact of the LNG terminal, recently built in Klaipėda, to the nature of the Curonian Spit and concluded that there's now negative impact at all.

The international UNESCO delegation visited the Curonian Spit in Lithuania in late January.

"We will definitely take the UNESCO conclusions into account. If they say we cannot build a bridge, we won't and consider building a tunnel. I am of the position that interconnection between the Curonian Spit and Klaipėda must be improved because Neringa residents want that," Neringa Mayor Darius Jasaitis said.

Last January, Neringa Municipality backed the idea to build a bridge to the Curonian Spit. Local politicians believe a bridge would be a more environment-friendly means of interconnection than the existing ferry that makes 23,000 trips a year and burns tons of diesel fuel polluting the environment.

Shared by Lithuania and Russia, the 98-km-long Curonian Spit has been on the UNESCO World Heritage List since 2000.

What made Lithuania the new darling of international tourism? (3)

Lithuania has recently received much attention in the international press: it has been named among top...

An international delegation of UNESCO experts was on a visit in the Lithuanian Curonian Spit for a...