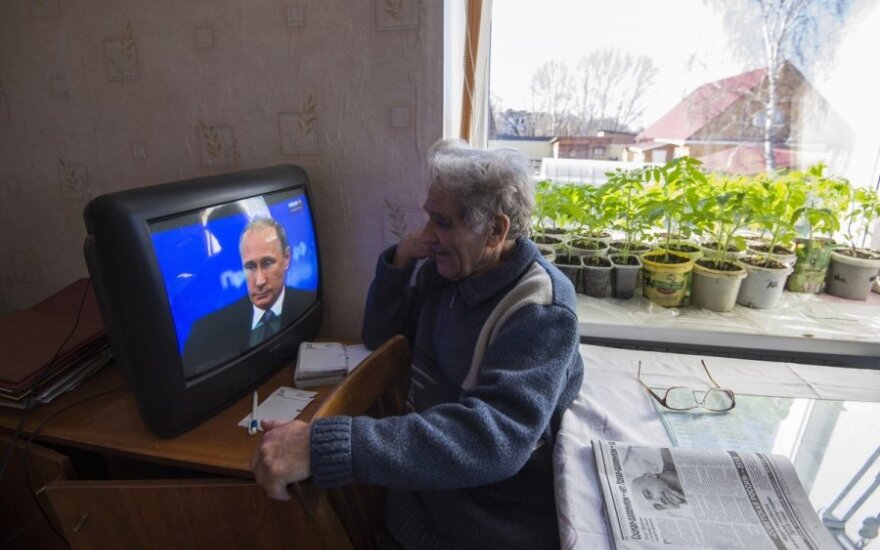 In her presentation of how Ukraine fights Russian propaganda, she told BNS that failure to replace programs, which have been banned even on a temporary basis, with content that would be original and interesting to the Russian-speaking population would lead to the viewers looking for something they are used to watching.

"First of all, the market has to be stimulated to become responsible. For instance, the operators who give up such content could enjoy certain tax exemptions. They are still using the state service by sending their signal, so they should have some privileges. That is the support that should be enough," Pushnova said in a presentation of her channel in Lithuania.

In her words, financial incentives could be offered to TV channels that produce Russian-language content.

"Such decisions require certain courage, which is rather difficult both for the state apparatus and state-run companies. But explanation is necessary here," said the Ukraine Today general producer.

The Lithuanian Radio and Television Commission had temporarily suspended broadcasts of several Russian television channels due to propaganda of war and hatred.

Owned by Ukraine's largest 1+1 Media group, Ukraine Today is a television channel that was launched a year ago. The channel offers English-language news round the clock. Based in Kiev, it has journalists from Ukraine, Great Britain, the US and Canada.

At the request of the Embassy of Ukraine in the Republic of Lithuania, the Seimas, parliament, is...

The Lithuanian parliament's Education and Science Committee on Wednesday gave a green light to the...

Fighting propaganda with bans is not the best way, Lithuanian foreign minister says

Commenting on recent reports that the rebroadcasting of one more Russian TV channel could be...

The Radio and Television Commission of Lithuania, which recently suspended broadcasts of a Russian...