U. Kasera on the celebration of the 70th anniversary of India's independence in Vilnius

aA
An exceptional reception commemorating India's 70th Anniversary of Independence took place in Vilnius, Lithuania on 17th of August in Vaidila theatre. Among the attendees of the festive reception, there were Ministers, Diplomats, business elites from Lithuania and India, famous artists and public figures. Ambassador of India to Lithuania Ajay Bisaria, Wing Commander (Retired) Rajinder Kumar Chaudhary, Honorary Consul of India to Lithuania and Minister of Education and Science Jurgita Petrauskienė gave the opening speeches. A Rich cultural program was presented during the solemn event including fashion shows of traditional wedding dresses by Indian designers "Silver Tulip" and internationally acclaimed fashion brand "Shantanu & Nikhil" that in the year 2016 won the "Best Designer" of the year award in "GQ India Awards". 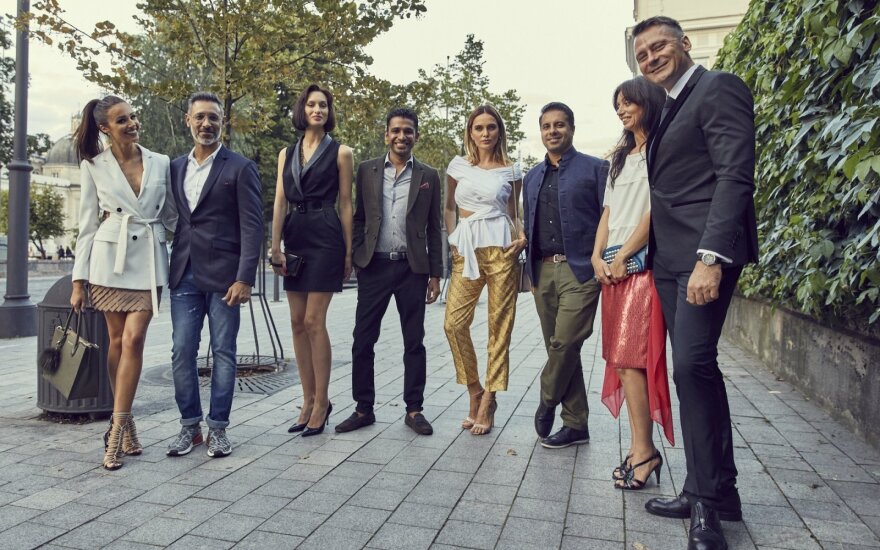 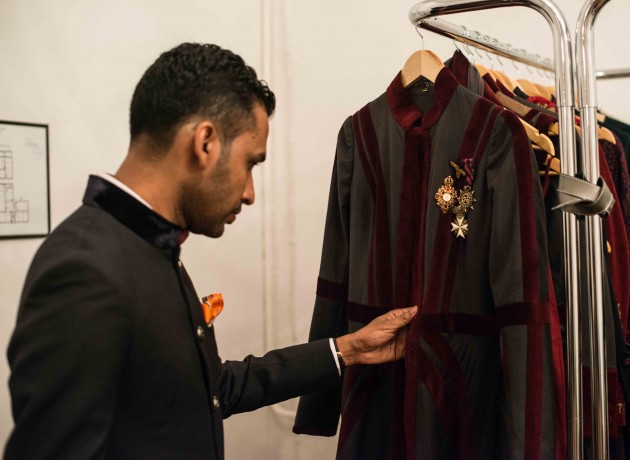 Attendees unanimously applauded the success of the event saying that celebration of 70th Anniversary of India's Independence delighted with the remarkable program and took a considerable step towards strengthening international relations. One of the main initiators of the event the entrepreneur from India Utsava Kasera expounded how the idea of such a solemn celebration was born. 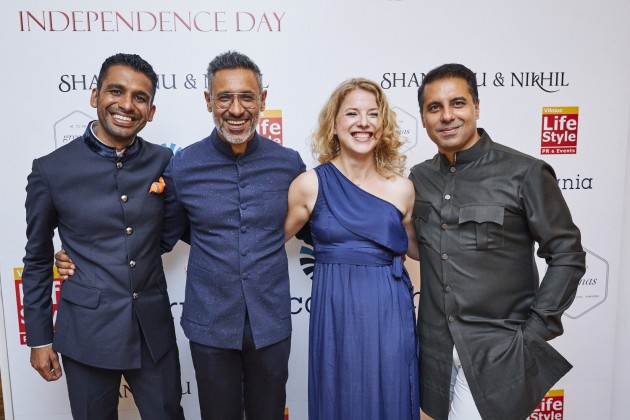 Mr. Utsava, how did you come up with the idea to hold an exceptional reception for 70th Anniversary of India's Independence in Vilnius?

The whole idea came up while having a dinner conversation with the Honorary Consul of India, Mr. Rajinder Chaudhary. We wanted to showcase India in a different light than usual Independence day celebrations. It was an apt moment as this year also celebrates 25 years of diplomatic relations between two countries and we wanted to present something Vilnius has not seen before. I would also like to thank Ambassador of India to Lithuania, Mr. Ajay Bisaria for the excellent support extended in making this event a reality. 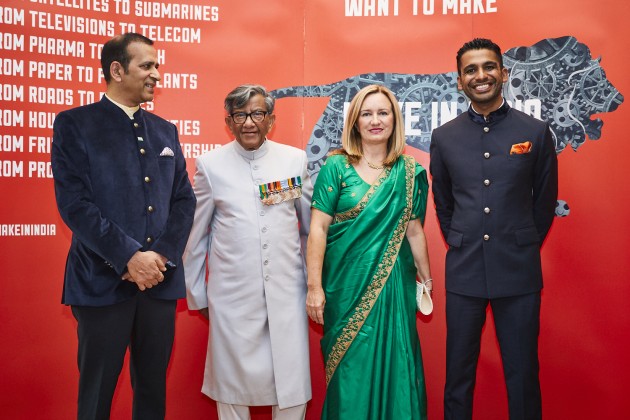 What do you think was the highlight of the whole evening?

The highlight of the evening was undoubtedly the fashion show by the extremely talented designer duo "Shantanu and Nikhil", whose collection showcased emergence of modern India in an artful manner. I think the whole program was put together perfectly from the beginning to the end, about I am really proud of the whole team who put across hard work for months to make it happen.

"Shantanu & Nikhil" presented their collection called "The Regiment". The collection draws inspiration from the Indian Armed Forces and speaks about breaking gender roles. What values of a modern India do you think it reflects? 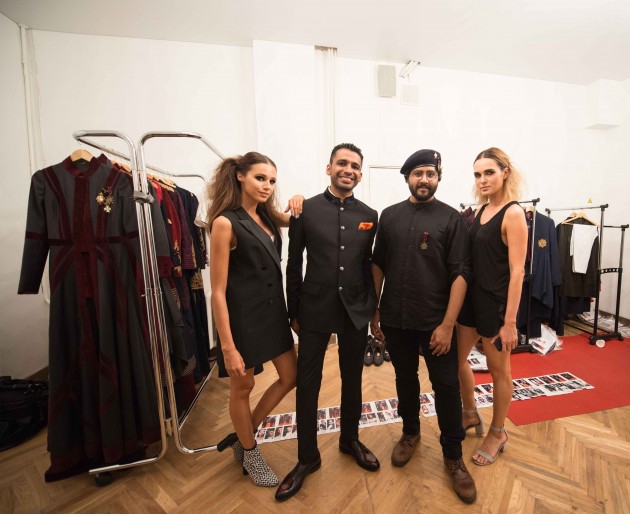 I think that the whole collection poetically tells us about the journey of India through the armed forces in last 70 years. It showcases the emergence of modern India which has strong values and can be looked upon as a country to take inspiration from. We hear of women empowerment as buzzword everywhere but it also reflects in the modern India we are witnessing today, where we see women taking major roles of leadership in different avenues.

The wedding dresses collection was also presented by Indian designers "Silver Tulip" during the event. Why do you think fashion is a way to present diverse Indian culture?

"Silver Tulip" bridal collection was a beautiful way to present the traditional Indian culture, which also talks about celebration. It was a presentation of colorful India, which everyone talks about, and experiences in the grand celebrations we have for weddings. I believe that Fashion presents a way of life, and can tell a story about the country in a graceful manner. 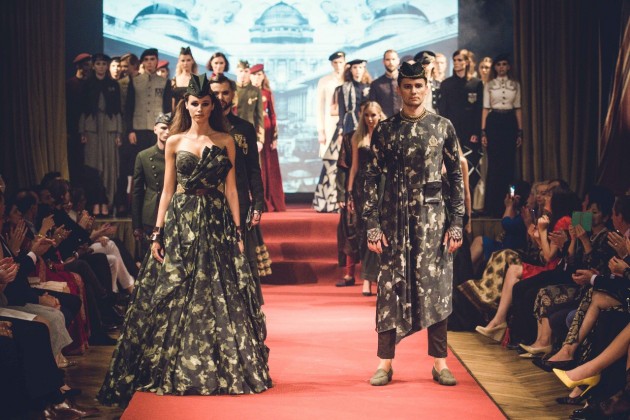 As an executive producer of a solemn reception CEO of "Vilnius Lifestyle" Alkas Paltarokas was chosen. What determined your choice of a producer for such a high-level international event and how would you assess the quality of the event organization overall?

It was a pleasure to work with Mr. Alkas as he did the whole job professionally and the execution was excellent. He is a patriot and is passionate about his job and his country, and we could just be sure that once the responsibility has been delegated to him, he will try to deliver his best. Looking back, I think it was a very well-managed program.

What do you think is the significance of a solemn reception for celebrating the 70th Anniversary of India's Independence that was held in Vilnius for the first time?

I think it is a start of doing bigger things and taking the collaboration between the two countries to even higher levels. Even this event was a collaboration in a way, as Lithuanian models were walking the ramp exhibiting an aspect of Indian fashion. I can see both India and Lithuania indulging more closely in future and our Ambassador and Honorary Consul are making all efforts to make it happen.

What future prospects do you see for nowadays, modern India?

I think India is in its sunrise phase right now and emerging as a major power in the world. We are a country of entrepreneurs and I would recommend people to come and experience the "Incredible India", and see the transformation themselves. India is welcoming tourists more than ever before and for those, who saw the video of the "Incredible India" during the event can truly imagine that we have got so much variety of experiences to offer which are truly world-class and unique.

On Thursday evening a solemn celebration of 70th Anniversary of India‘s Independence took place in...