EN.DELFI
aA
The latest edition of a journal “Current Opinion in Biotechnology” published by “Elsevier” was compiled by professor Saulius Klimašauskas and PhD Linas Mažutis from Vilnius University Life Sciences Center (VU LSC). This edition, dedicated to Analytical Biotechnology, contains 21 reviews, five of them are written by the researchers from the VU LSC, a press release from the university states. 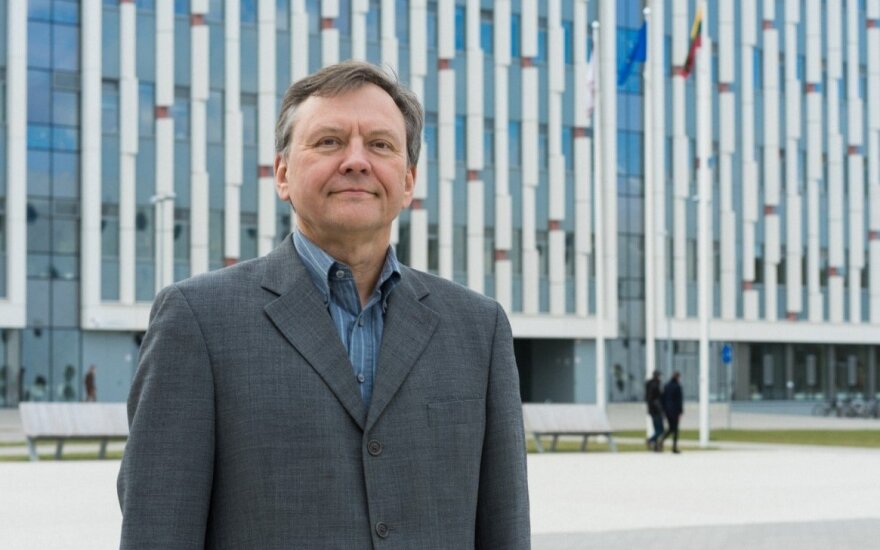 S. Klimašauskas, who works in Epigenetics, says that the section editors are appointed by the editors of the journal. The section editors are scientists who are major authorities in the field. They divide their section into a number of topics, ensuring that the field is comprehensively covered and that all issues of current importance are emphasized. Section editors commission reviews from competent scientists on each topic that they have selected.

VU LSC researcher S. Klimašauskas received the invitation to become the editor one and a half years ago. He invited L. Mažutis, who works on microfluidics, to become a co-editor. Both researchers are working at the Institute of Biotechnology of VU LSC. For this reason, they wanted to unite the capabilities of this institute to cover the most important topics within classical and modern Biotechnology. The editors had to depict trending topics and to find accomplished researchers for each topic to write high quality reviews. VU LSC researchers gathered authors from almost twenty countries: Germany, United Kingdom, France, Sweden, Netherlands , the USA, Japan, South Korea, Taiwan, Israel and others.

"The topics that are presented in our edition vary from single molecules and cells to the whole organisms. My attention was captured by the paper about phenotyping roots of plants: it explains how to study roots of plants without tearing them apart," says S. Klimašauskas, a distinguished professor at VU. He admits that editing was a new and very interesting experience.

"Current Opinion in Biotechnology" is highly cited journal (impact factor 8,38). The Biotechnology subject is divided into themed sections, each of which is reviewed once a year. The amount of space devoted to each section is related to its importance.

The next edition devoted to Analytical Biotechnology will be released in 2020.

At the request of Vilnius University (VU), the evaluation of gender equality was performed by the...

Vilnius University is strengthening its positions in the newest review of QS World University Rankings...

Lithuania aims to become the most attractive country in Europe for development of life science...