Ludo Segers | the Lithuania Tribune
aA
More than 100,000 Lithuanians call Ireland their home. Irish expats have a massive presence around the world. But is there any other country besides Ireland that sees its national holiday being feted by locals, expats, wannabes and innocent bystanders all at once? 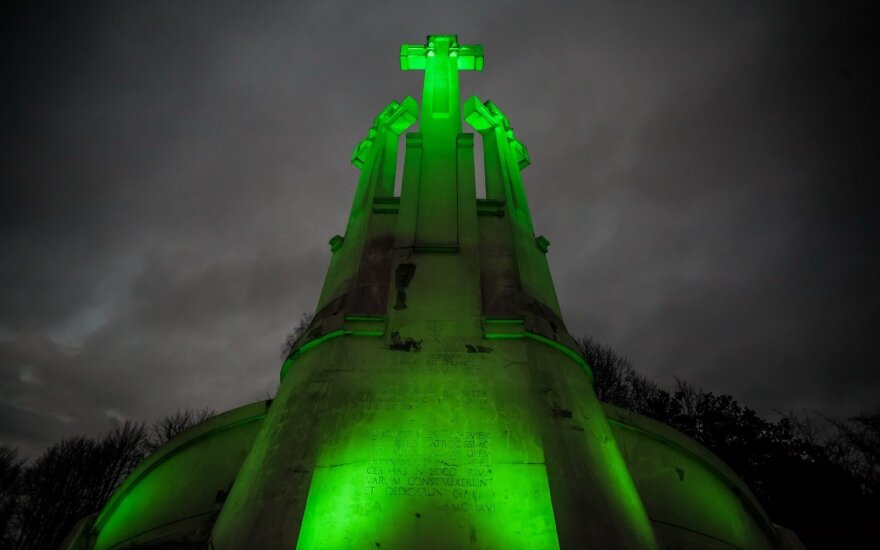 In Vilnius, the celebration of St. Patrick's day, which is celebrated around the world, will all end in the wee hours of Sunday after the Vilnelė River turns green on Saturday.

The choir also performed a selection of well-known and lesser-known Irish folk songs and traditional songs. There followed a selection of songs made famous in movies, with Cole Porter's "Let's Do It, Let's Fall in Love", where Lithuanians are honoured in the lyrics, and Henry Mancini's Blue Moon from Breakfast at Tiffany's. Before finishing this delightful concert with a few traditional Irish songs, the choir presented an arrangement of The Beatles' song '' Can't Buy Me Love'' by the King's Singers. 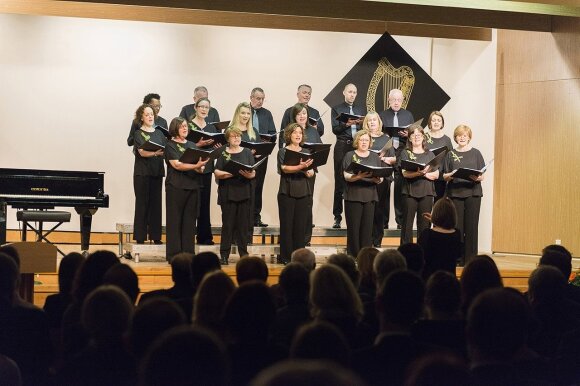 In his speech, Ambassador Noonan pointed out that 17 March is indeed a ''celebration of all things Irish''. He also reminded the audience of some more painful moments in Irish history as he said, ''This year, 2016, marks the one hundredth anniversary of the Easter Rising, a seminal moment in the Irish independence movement. In Ireland, and across the world, we are commemorating the Rising and reflecting on what it means to us today''.

National holidays are always a good time to pause, take stock of the past and look at the road travelled by society to arrive at the present. During his short speech, Ambassador Noonan reminded the audience about how the founders of the modern Irish State pondered where they were going as a society and how they could create a better world for their children. As the Ambassador noted, '''they did instil in the independence movement and in the young state which followed a sense of justice and fairness, as well as a commitment to democracy''. Important values that are in 2016 still a challenge for many. It is something that Lithuanians can relate to as well and cherish during their last 26 years of independence. 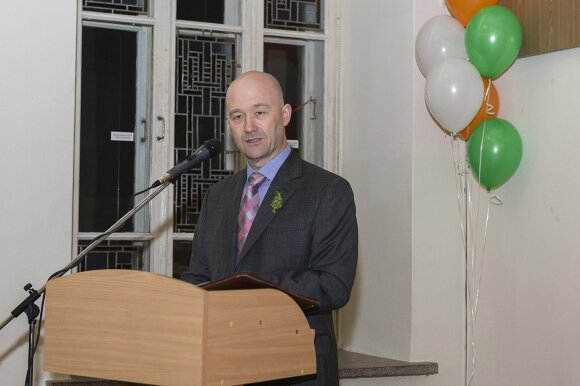 Ambassador Noonan expressed the hope that ''In another hundred years, my successors will speak of the generations of 2016 with the same respect as we speak of the generation of 1916.'' Given the event was taking place in the Vilnius Teachers House, Ambassador Noonan reminded the guests of the value of education as a key to the future, ''both for economic reasons and a future well-being of values.'' 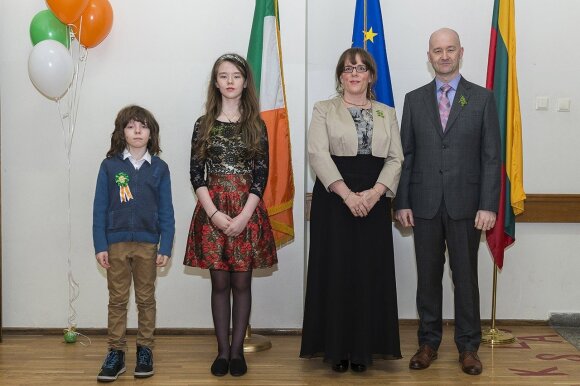 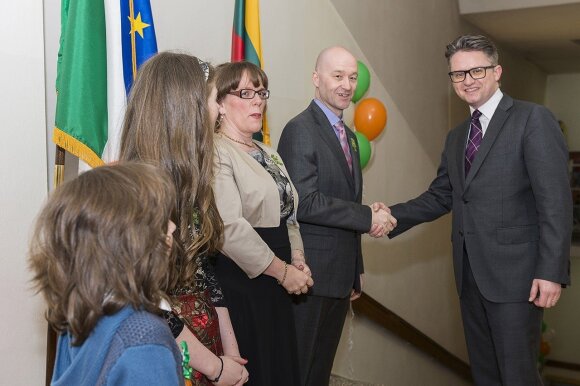 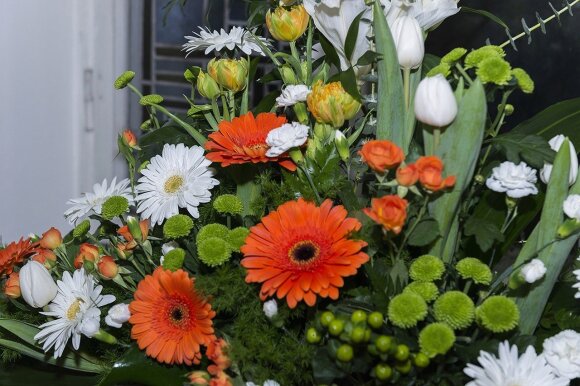 Lithuania is to join global celebrations of St Patrick’s Day with the greening of the Vilnelė river...