Totorių Street is being renovated in the Capital

EN.DELFI
aA
Works of restoration of the section of Totorių Street from Gediminas Avenue to Labdarių Street were started in the Old Town of the capital. In a couple of months, new asphalt pavement will be built, also replacing about 2000 sidewalk tiles and road curbs. The City allocated about 70 thousand euro for the repair of Totorių Street. The Totorių Street has not undergone any major renovation since the stone pavement was replaced with asphalt on the street, a Vilnius city municipality press release states. 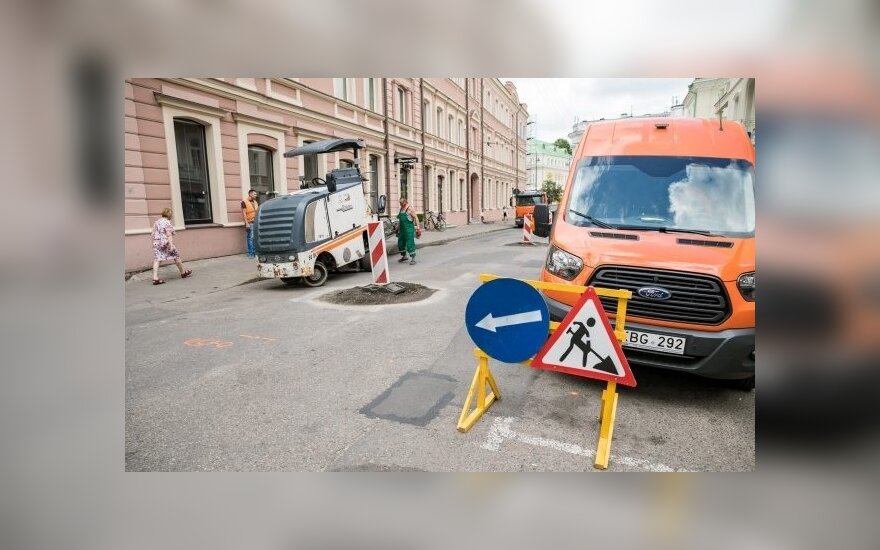 "The Old Town of Vilnius is our pride, thus the renovation of the streets in this part of the city is important for both guests of the city and residents themselves. This year we have already renovated Goštauto, Dunojaus and Vytauto Streets. Lots of cars drive down the Totorių Street, there are a lot of tourists walking down the street, public catering establishments and stores are set up here, thus we will try to finish the works within the shortest possible period putting in longer hours", says Kęstutis Vaicekiūtis, the CEO of UAB Grinda, which is carrying out works of renovation in the section of Totorių Street.

This year, the plan is to lay asphalt on as many as 80 km of city streets, 10 km of which are gravel roads, to build about 20 km of new sidewalks and to repair about 350 access roads to yards of multi-apartment buildings in the capital. Record-high amount of 27 million euros was allocated for improving the living environment, which is 4 million euro more than last year.

The works of installation of new modern automatically lifting barrier gates were started in Gediminas...

A clay pot with 350 coins dating back to the time of Sigismund II Augustus was unearthed on Monday by...