To be or not to be: Shakespeare at the UN

Reuters
aA
A tale of death and betrayal played out at the United Nations as Shakespeare's Globe Theatre performs just down the hall from the U.N. Security Council. 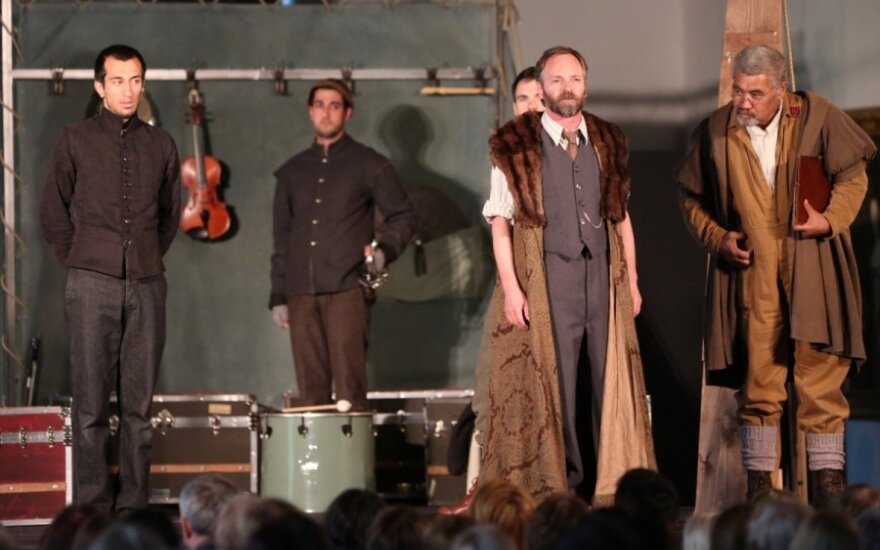 To mark Britain's August presidency of the Security Council, the Globe performed "Hamlet" in the U.N. Economic and Social Council.

This is the 29th performance for the group since embarking on its two-year adventure in April to stage the play in every country in the world.

While the 15-member council is trying to deal with a three-year civil war in Syria, renewed conflict between Israel and the Palestinian Occupied Territories and ballistic missile tests by North Korea, the Globe's artistic director Dominic Dromgoole is hopeful the cast can overcome any obstacles.

"We are determined to try and get into every country," Dromgoole insists. "Obviously, there are different obstacles, very different obstacles, for very different reasons along the way. We are constantly in touch with the Foreign Office. We are constantly in touch with whoever else we can gleen information from as to whether it's advisable or safe to get into a country or not. We're obviously not going to put our company in harm's way at any point, but we are going to do our damnedest to get in everywhere."

The company made up of 12 actors has just started the Americas leg of the tour after performing in northern Europe and the Balkans.

Lithuania's Foreign Ministry stated Wednesday that it objected to the Russian report at the United...