the Lithuania Tribune, LRT
aA
Hundreds of ordinary Lithuanians who saved Jews are honoured in Israel 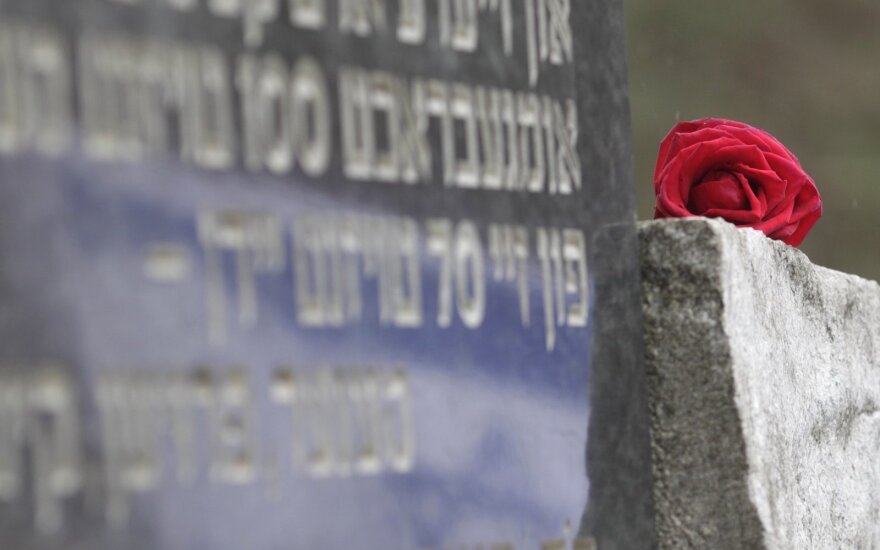 Last week, on International Holocaust Remembrance Day, Lithuania commemorated the almost 200,000 Jews that perished during the Holocaust in Lithuania, and the occasion reignited the debate about the role of ethnic Lithuanians in killing their Jewish neighbours.

A new book by author Rūta Vanagaitė, "Our Own", looked into the files of Lithuanians who took part in the Holocaust and the killing of Jews. Her frank account has raised uncomfortable questions that the Lithuania of today still has to come to grips with.

On the other hand, there were Lithuanians who were saving Jews during World War Two. The LRT TV programme "Savaitė" has interviewed several Holocaust survivors from Lithuania who were rescued from almost certain death by ordinary Lithuanians.

"If we look at relative numbers, per population, Lithuania is number one among Central-Eastern Europe in terms of people who saved Jews per million. The Lithuanian population at the time was almost three million, which means almost 300 people who saved Jews per million. According to this number, Lithuania is number one. Poland is second," says historian Arūnas Bubnys.

Others warn, however, that the number of documented cases is not an accurate indication of the actual situation during World War Two.

Yad Vashem carries out a very strict verification procedure before naming people who saved Jews as righteous among the nations. Jaša Markas Zingeris, head of the Vilna Gaon Museum, says that the figures can hardly capture the spirit of the violent period.

"Any statistic will be historically incomplete. It will be supplemented or cut as data gets verified. Besides, time goes by. It is important to understand what humanity is. There are refugees today, too, just like back then. God forbid, we may again be in a situation where we'll have to save lives. Back then, numerous lives needed saving, numerous lives were taken away," Zingeris says.

Professor Irena Veisaitė is one of the lives that was saved. She survived the Holocaust as a child. When Nazi Germany occupied Lithuania in 1941, her father was in Belgium and her mother, who had just had surgery, was taken to prison and killed. Thirteen-year-old Irena was put into a ghetto with her grandparents where she spent two and a half years.

In November 1943, the family of Juozas Strimaitis, an officer in the Lithuanian army, and his wife Onutė helped her get counterfeit ID papers. Irena took the last name of Feliksas Treigys, a man from Marijampolė she did not know. Several Lithuanian families hid her in their homes after she ran away from the ghetto. One of them was the family of Lithuanian General Kazimieras Ladiga, who was executed by the Soviets in Siberia. 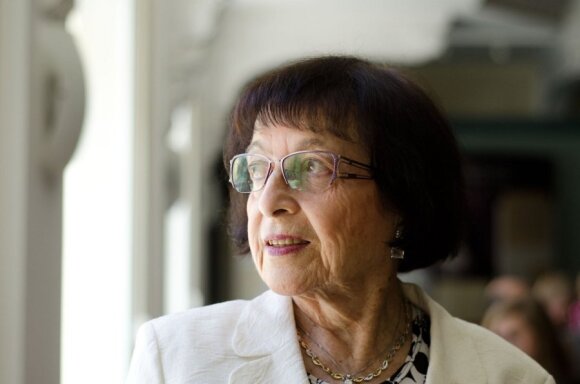 "Everyone was eating pancakes. And Mrs. Ladigienė put a little more pancakes on my plate. I noticed it. I was really touched. She understood. I was very hungry all the time. At night, she put everyone to bed. She had a habit: she would kiss the children, come to their beds and put a cross on their foreheads. She came to me, too, hugged me and put the cross. I cried. She asked me why I was crying. I asked: Aren't you disgusted by kissing a Jew?" Veisaitė remembers.

Stefanija Ladigienė, whom she calls her second mother, was arrested by the KGB and exiled to Siberia in 1946. Irena says she was also persecuted by the KGB, that wanted to recruit her.

Another Holocaust survivor from Lithuania, Fruma Vitkinaitė-Kučinskienė, is thankful to families of several nationalities for her life. Three women, Lidija Golubovienė, Natalija Fugalevičiūyė and Natalija Jegorova, saved her from the Kaunas ghetto. She was later given shelter in the home of Helena Holcman, a German woman.

"About two days later, a tall austere-looking woman came, she spoke German. I was very frightened of her at first. It was Helena Holcman. I found myself in the home of a wonderful woman, an artist, teacher and author," Vitkinaitė-Kučinskienė recalls.

She says that she owes her life to some ten people. Veisaitė adds that it was immensely more difficult to save one soul than to kill thousands.

"They [people who saved Jews] should be given tribute just like post-war partisans. They sacrificed themselves. Pope Francis announced the year of mercy. I do not know more merciful people than they were. In my eyes, they showed that Lithuanians were an honourable people, they saved their own and their nation's honour. Not only did they not take part [in the Holocaust], they risked their lives to save people they did not know," Veisaitė says.

In 1995, the then president of Lithuania Algirdas Brazauskas went on an official visit to Israel. He addressed the Israeli Knesset and apologized for his nation’s part in the Holocaust.