the Lithuania Tribune
aA
The Image of Divine Mercy is a painting of Jesus Christ that is adored by Christians around the world. The painting is enjoyed in various reproductions, but documentary filmmaker Daniel di Silva noticed one problem – nobody seemed to know where the original was. 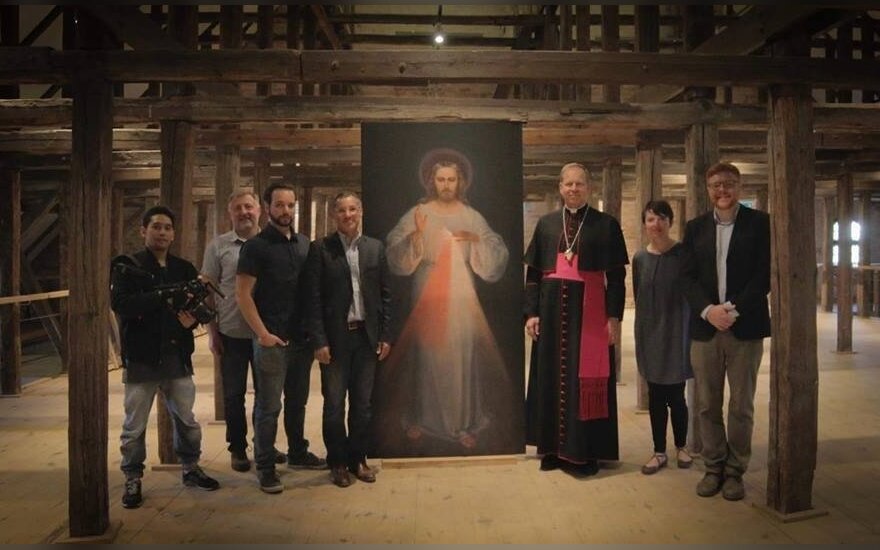 This set him on a long journey that lead him across the US and Europe to Vilnius, where he learned that the original had been hiding all along. The film will be screening around the world throughout the year, as 2016 has been named the jubilee year of Divine Mercy.

In an interview with the National Catholic Register, di Silva retold the story of how he tracked down the original painting and the things he discovered along the way.

“Of course many have seen the images that have been available online by various propagators and devotees of Divine Mercy. But these images are based on photos necessarily taken from an angle and probably from far away. Because of where the image is hung in the church, there really is no way to get close to it. It is behind glass up on a wall. At best, you put a camera on a stick, but what happens is the glass reflects and it is not a good photograph,” said diSilva.

The story of the painting began with St. Faustina, a polish nun born in 1905 who allegedly saw apparitions of Jesus Christ while at a convent in Plock, Poland. Her vision commanded her to paint an image of her vision, but because she could not paint, she began searching for an artist. Three years later, she found one in Vilnius – Eugeniusz Kazimirowski.

The painting, in the various forms that had developed since its disappearance, has become an object of prayer and adoration among some Catholics. The film – The Original Image of Divine Mercy – will feature the painting's history and interviews with high-ranking church officials and will be playing in various venues around the world all year.