The most beautiful woman of all time: Myths of Barbora Radvilaitė

ldkistorija.lt
aA
In Lithuanian historical consciousness, Barbora Radvilaitė (or Barbara Radziwill, 1522-1551), the Grand Duchess of Lithuania and the Queen of Poland, occupies a special place. She is arguably the best-known woman in Lithuania's history and one whose life has become a source of myth and fiction. 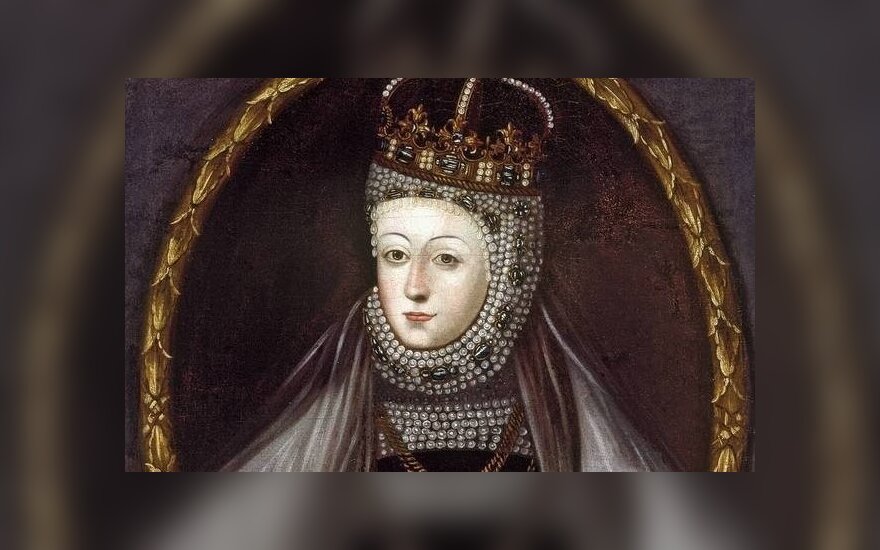 Barbora Radvilaitė's personal charm, her complicated and tragic life and the short-lived triumph after being crowned the queen of one of Europe's biggest states have secured her a place in the historic memory of Lithuania, but also other nations that were once part of the Grand Duchy. In historical writings and fiction of Belarus, Ukraine and Poland - as well as works of theatre, opera and film - Barbora Radvilaitė is presented as the most famous and beautiful woman of these nations, too.

Royal drama of love and death

Related articles
President congratulates Poland on May 3 Constitution Day
Under permanent conditions of war: what distinguished Lithuania from other European countries?

Barbora Radvilaitė was born into the House of Radziwill (Radvilos), one of the most influential families in the Grand Duchy of Lithuania. Her charm caught the attention of Sigismund II Augustus (1520-1572), the King of Poland and the Grand Duke of Lithuania. It was a strong and mutual love. Defying dynastic and political interests, the widowed king married Barbora, which could have cost him a crown. But thanks to Augustus' relentless effort in the face of opposition from the Polish nobility, Barbora Radvilaitė was crowned the Queen of Poland in 1550.

Her triumph on the throne lasted merely four months, however. On May 8 the following year, she died in the arms of her loving husband in the Palace of Wawel in Krakow. The King, who could deny nothing to his beloved wife, agreed to fulfil her last wish as well: to bury her not in Krakow, but in her native Vilnius where she had spent her youth and where she had met the love of her life. A silver plate was put in her coffin, with an inscription: "... She died an untimely death, but even if she had died an old woman, Augustus would say it was an untimely death..."

The Renaissance love story, secret marriage, political struggles and the tragic death of 29-year-old Barbora have inspired historians and fiction writers alike. The controversy and dearth of historical sources have spun an entire mythology of Barbora Radvilaitė which, over the four and a half centuries since her death, has diverged from the historical woman that she was. 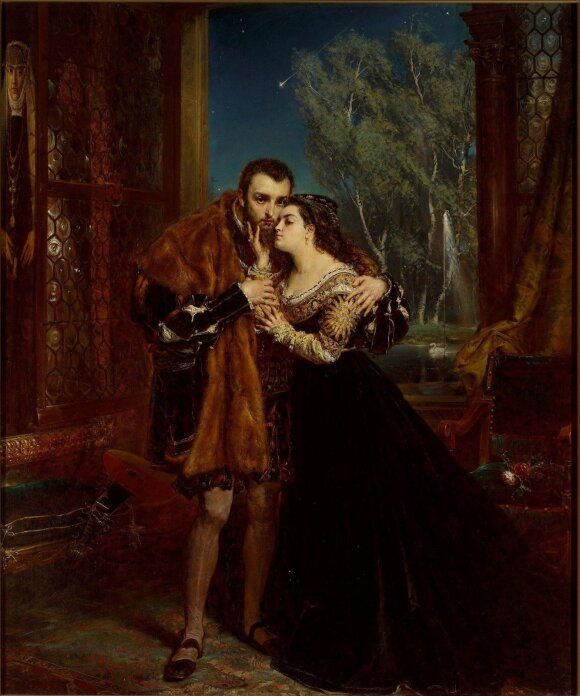 Sigismund Augustus and Barbora Radvilaitė in Vilnius by Jan Matejko

Barbora's contemporaries who fought against her coronation in 1548-1549 launched a campaign to defame her as a poisoner and a wanton. In contemporary pamphlets, anonymous authors described the King's wife as a sorcerer and a loose woman. Augustus, they claimed, was enamoured with the help of charms and potions.

These stories reflected the negative attitudes in general towards marriage out of love that offended the sensibilities of the time. Moreover, the Radziwill family, which resented the lesser status of the Grand Duchy in the Polish-Lithuanian Commonwealth, were political rivals to the Polish nobility who feared that having a Radziwill crowned as the Queen of Poland would give them more influence.

The smearing campaign was merciless: Barbora was described as a sexual deviant and even allegations of incest were made. The Queen allegedly inherited her perverted inclinations from her mother and she would welcome to her bed numerous lovers to satisfy her insatiable sexual appetites, from senators to servants.

The myth of Barbora Radvilaitė's debauchery proved to be a persevering one and, slightly transformed, was reiterated by Polish historians in the 20th century, when tensions between the Polish and Lithuanian nations once again flared up. Barbora's loose manners, they argued, were down to her upbringing and was typical of women of the Lithuanian nobility - especially in the Radziwill family.

Barbora's rehabilitation began in the 18th century, when the Polish-Lithuanian Commonwealth was in decline and started to idolize the died-out Jagiellonian dynasty which ruled over its hey-day (and ended with the death of Sigismund II Augustus).

Poets and historians canonized Barbora Radvilaitė as a "nation's mother", a patriot and a sacrificial lamb. The idealized version of Barbora got its defining expression in the 1971 stage play "Barbora Radvilaitė" by Juozas Grušas, who sealed her image in the Lithuanian historical imagination.

In the play, Barbora Radvilaitė is a symbol of freedom who dedicates the Polish crown to her native Lithuania. "Be free throughout ages, Lithuania!" she exclaims. "O Lithuania! My love! Punish me, if there's a drop of blood among these diamonds."

This portrait of the Queen has little basis in historical fact. Even though her marriage with the King of Poland did offer the potential for the Lithuanian Radziwill family to consolidate their power, they did not use the Queen as their power tool, nor was she a victim. As it was usual at the time, she did play a limited role in the public life of the state and pleaded on behalf of her clients.

Barbora has become an idealized Renaissance heroine and, as such, has been praised by historians and poets for her refinement and erudition and for speaking many foreign languages. That, however, is also a myth. She was educated at home to the standards of the time. She spoke good Polish and Ruthenian, but she could not have been fluent in Lithuanian, Latin or Italian.

Barbora's untimely death is another subject of legends. Different versions started spreading soon after the Queen's burial. Some believed that Barbora was poisoned by Queen Bona Sforza, her mother-in-law. Others alleged that Barbora had a venereal disease and infected with it the last Jagiellonian king who died childless, despite having remarried.

Medical doctors also hypothesized that her cause of death could have been a tumour. The mystery was solved 400 years after Barbora's death, when her remains where discovered in the vaults of Vilnius Cathedral. According to the current consensus, the Queen died of cancer (or uterus infection).

Another legend has it that the famous painting of Our Lady of the Gates of Dawn, linked to a number of mystical occurrences, was painted after Barbora Radvilaitė. Art historians, however, have found no proof of any connection between her and portraits of Mary.

According to another legend, swans were introduced into Lithuania when Augustus brought them as a gift to his beloved wife. But swans are migrating birds and their presence in the territory of the Grand Duchy of Lithuania had been recorded since the early Middle Ages.

In present-day Belarus, the Nesvizh Castle, which was the realm of the Radziwill family, there is a legend about the ghost of Barbora Radvilaitė. According to it, Augustus, who dabbled in astrology, wanted to call up the spirit of his deceased wife and invited Pan Twardowski, a Faustian sorcerer of the Polish folklore, to help him. What Augustus really saw in the famous mirror remains a secret, however.

Many of these myths surrounding Barbora Radvilaitė have long been dispelled, but they live on in the space between history and fiction, while the persona of the Lithuanian-born Polish Queen continues to fascinate Lithuanians today. 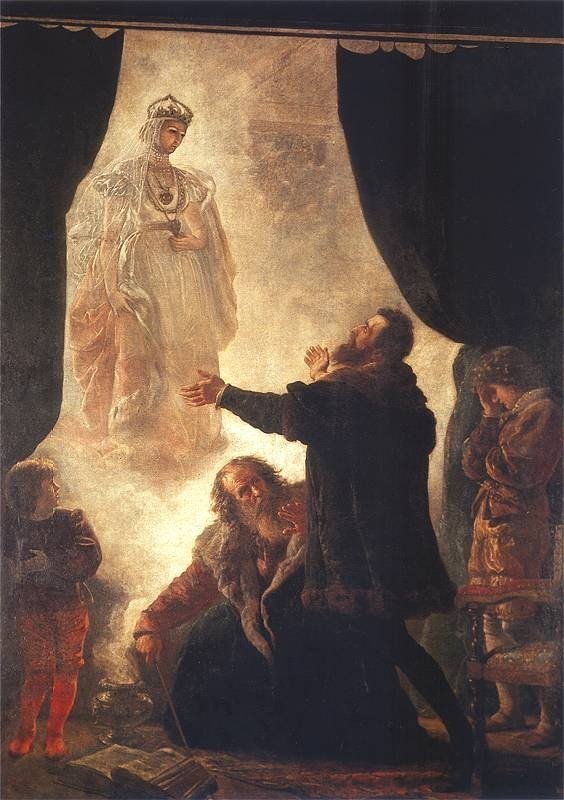 Under permanent conditions of war: what distinguished Lithuania from other European countries?