The Great Synagogue of Vilna, once the Vatican of Europe's Jews

(1)
The Lithuania Tribune, BNS
aA
The Great Synagogue of Vilna was once to Jewish culture and religion what the Vatican is to Christendom, say archaeologists from the United States and Israel who are researching the edifice which was razed to the ground over half a century ago. 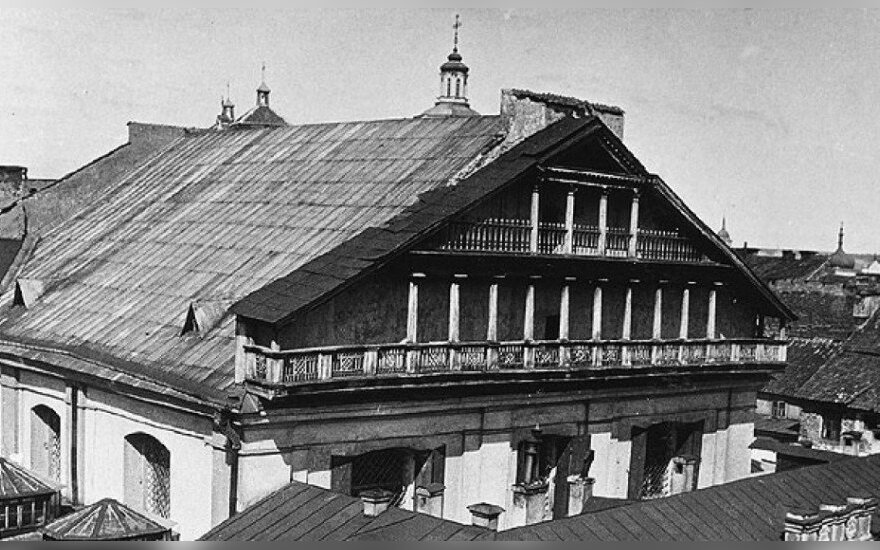 At the end of Žydų Gatvė - Jewish Street - in the Lithuanian capital there there now stands an unremarkable kindergarten and children's playground. But for four centuries before World War Two, this was the site of one of the most important Jewish places of worship in Eastern Europe, the Great Synagogue of Vilna.

No above-ground traces remain of the temple which was heavily damaged during World War Two and eventually completely torn down by the Soviet authorities.

This month, however, archaeologists from Canada, the United States, Israel and Lithuania are digging up the place to uncover parts of the synagogue that remain. After removing the upper layer of earth, of about 0.5m, they have already recovered fragments from buildings around the synagogue: pieces of tiling, glass and brickwork.

The researchers are planning to dig about one meter deep and then use a special scanning technology to map the exact layout of former structures. The entire process is being filmed by a team of the US science production company TV Nova, which is planning to air a documentary about the Great Synagogue of Vilna in early 2017.

"The Great Synagogue was one of the biggest religious Jewish institutions not just in Lithuania, but probably throughout Eastern Europe. It was a home of many Jews in Vilnius, earning the name of the Lithuanian Jerusalem.

"It was the Great Synagogue, pilgrims from around the world would come to this place. It was like Vatican. So if Vatican were destroyed, were banned, wouldn't you want that someone would come and research how Vatican looked?" says Richard Freund, one of the leaders of the archaeologist team, explaining why he chose to come to Lithuania. 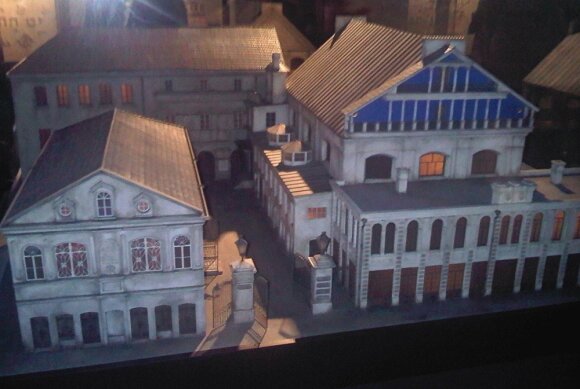 Scale model of the Great Synagogue of Vilna
© DELFI

Freund, a professor at Hartford University (US), has been using a new non-invasive research technology for over two decades: ground-penetrating radar (GPR) and electrical impedance tomography (EIT). The method allows archaeologists to scan and accurately map underground remains and draw precise plans without disassembling existing structures.

Back to the roots

The international team of archaeologists first became interested in the Lithuanian capital three years ago, when Dr. Jon Seligman, who leads the excavations and research department at Israel's Antiquities Authority, first visited Vilnius and learned about research of Lithuanian archaeologists on Žydų Gatvė, near a Soviet-built kindergarten. This structure now stands on top of the Great Synagogue.

"I came here three years ago, together with my family, to visit the places that my grandparents came from. Kretinga, Šeduva, Breslau in modern-day Belarus - these are the places my family comes from. Vilnius is one of them," Seligman says.

He met with Lithuanian experts who researched the underground remains of the Great Synagogue back in 2011 and came back to Vilnius last year, accompanied by a group of archaeologists that included Professor Freund.

"The synagogue's foundations are very very deep underground. But by using this technique, we can determine where everything is. Each year we will try to explore one section without destroying the school," he says.

The Great Synagogue of Vilna, which was erected in 1633, was built on the foundations of an older sixteenth-century temple. Interestingly, it survived World War Two and the Nazi occupation of Lithuania.

"Walls were still standing after the war, but the Soviets decided to simply tear it down instead of preserving. I think they were afraid that the synagogue would become a symbol for religious revival, and they were not interested in religious revival at that time," Freund says.

"But the Great Synagogue had a secret. There is an ecclesiastic church rule - no synagogue can be taller than the tallest church. But they wanted to build the great synagogue. So what did the Jews do? They built two floors underground, so the main synagogue was below ground level. So the top part was destroyed, walls demolished. Ironically, when the Soviets razed this place to the ground and built a school on top, they preserved the lower synagogue as if in a time capsule," Freund says. 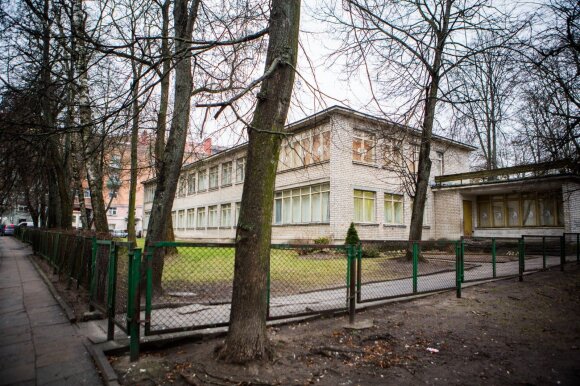 Seligman says that there had previously been at least 12 smaller synagogues on the site, an important Jewish library, the seat of the community council and a ritual bathhouse, a very important part of Jewish ritual life. The same building also housed a regular bathhouse and public lavatories.

"Water was very important, it wasn't provided by the city, the Jewish community bought it from the Dominicans from the nearby monastery," Seligman says.

He adds that the Jewsih community had its own municipal authority which managed water provision, waste removal, sewage. The Jews would buy water from the Dominican monks, it would be delivered by pipes to the central well, from which ordinary Jews would draw it with buckets and take home.

Jewish history is not just the Holocaust

The researcher says there are documents listing levies on water supply and drainage. The Jesuit Monastery was in charge of waterworks in this part of the town.

The ritual bathing in the only Jewish bathhouse in Vilnius were not only an important part of religious life, but also a source of income for the community. The bathhouses, like the synagogue, were built underground, which is why the site is a treasure-trove for archaeologists.

"Why is it important for us? I think it is important that in places like Vilnius and elsewhere in Lithuania and Latvia people get to know the Jewish history not just from the Holocaust, which is the end of the narrative. History does not start or end with the Holocaust. We must understand that this is not just Jewish, but also Lithuanian, Latvian history, that it is part of the history of Lithuania. I believe it is very important to know how Jews lived here for thousands of years in good relations with their neighbours," Seligman says.

In the future, once research is concluded, some structures could be uncovered and put on display, Seligman believes. Meanwhile Freund has plans to develop an app for tourists with a map of Jewish heritage and sites important for the community.

The biggest global stars that you never knew were Lithuanian (1)

Lithuania gave the world many stellar personalities that have and continue to entertain, impress and...

Wooden 1930s synagogue in Kulautuva will not be preserved

A wooden synagogue from the 1930s which was recently discovered underneath another building near...