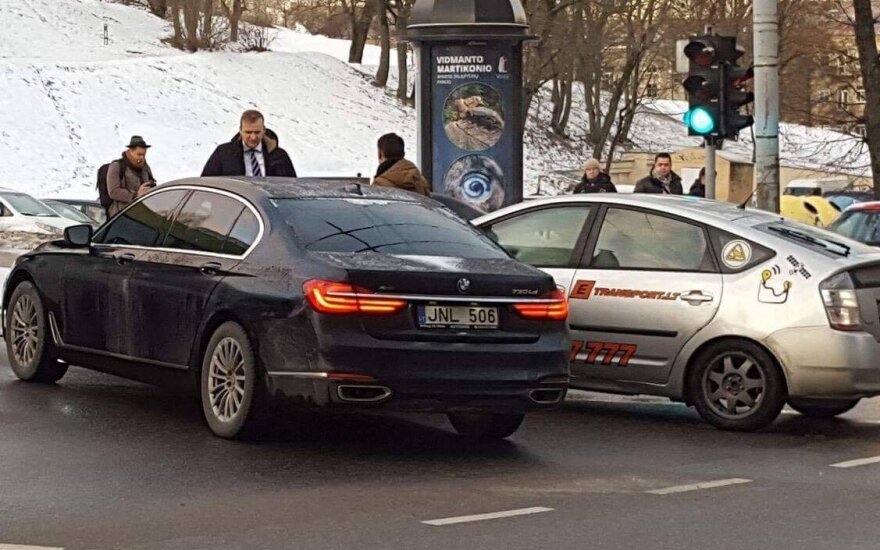 "After appearing on Žinių Radijas, the Seimas speaker was being escorted on Pamenkalnio Street from Vasario 16-osios Street when a taxi crashed into our car," his adviser Dalia Vencevičienė told BNS. Vencevičienė was also aboard the parliamentary speaker's BMW at the time of the accident.

Nobody involved in the crash was injured.

In Vencevičienė's words, the officer driving the parliamentary speaker's vehicle spotted the speeding taxi in time and managed to slow down. The incident was reported at about 8:30 a.m.

After the crash, Pranckietis boarded the car of the VIP Protection Department that accompanies the parliamentary speaker's automobile at all times.

The accident could have been caused by drivers of the VIP Protection Department, the department's chief Rymantas Mockevičius told BNS.

In his words, the department's officers were driving through red light with their special lights on: "The principle is that automobiles cannot stand still, they must keep moving. Under the legal conditions, they can run a red light (…) but my guess is that it is our fault."

"Even when driving through red light, the guys must be sure this will not threaten us or other traffic participants," said Mockevičius.

A NATO soldier was hit by a car in Lithuania's second-largest city of Kaunas on Sunday afternoon.