LT Daily, media brief
aA
Last week the first refugees from Syria settled in the Rukla refugee reception camp – 29-year-old painter and graphic designer Majd Kara and 27-year-old English teacher Mohammed Farah told of how they came to end up in Lithuania - a story about the refugee smuggling business. 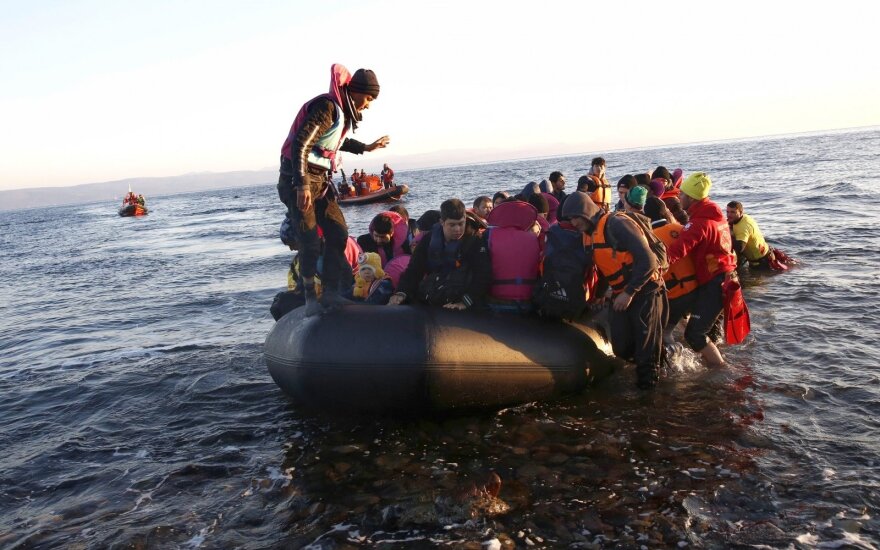 “At first it was scary to travel to a country where there is no one you know, but one week is enough to reduce that fear,” said Mohammed.

Even though the couple knew nothing about Lithuania, in Greece, they agreed with officials there that they would select the country for them for resettlement.

The refugees said that a place in an overcrowded smugglers boat from Turkey to Greece cost €540 for a single person – the equivalent of three month salary for a teacher in Syria.

The Syrian couple said the people smugglers are usually from Turkey or Syria and by charging such fees the smugglers are collecting €21,600 from a single boat setting out for Europe.

The money for smugglers is just a part of the travel costs. Farah and Majd had to save up an additional €450 for a flight to Turkey and to cover living costs in Istanbul. The couple came to Lithuania with €75 in their pockets.

“We are trying now to spend as little as possible,” said Mohammed.

Lithuania has committed to accept 1,105 refugees by the end of 2017. So far just six refugees - an Iraqi family and the Syrian couple have come to Lithuania.

The European Union and Turkey agreed on a deal on Friday which will mean that migrants arriving in...

Will the Baltic States become the next migrant gateway? (2)

After the European Union cut off migrant routes via Libya to Italy and agreed with Turkey to stem...

On Monday, Lithuania's Ministry of the Interior announced that two Syrian refugees had been...