EN.DELFI
aA
Although in many areas Lithuania is showing progress and catching up with Western European countries, we are still one of the worst-looking countries in the European Union when it comes to public health. Population surveys also show that only a small number of Lithuanians enjoy an impeccable health. A public opinion poll conducted by Eurovaistinė, a pharmacy network, revealed that actually only one in every 11 Lithuanians ranks own health as good. Medical experts say that this is due to the lack of attention of the population to the disease prevention and healthy lifestyle. 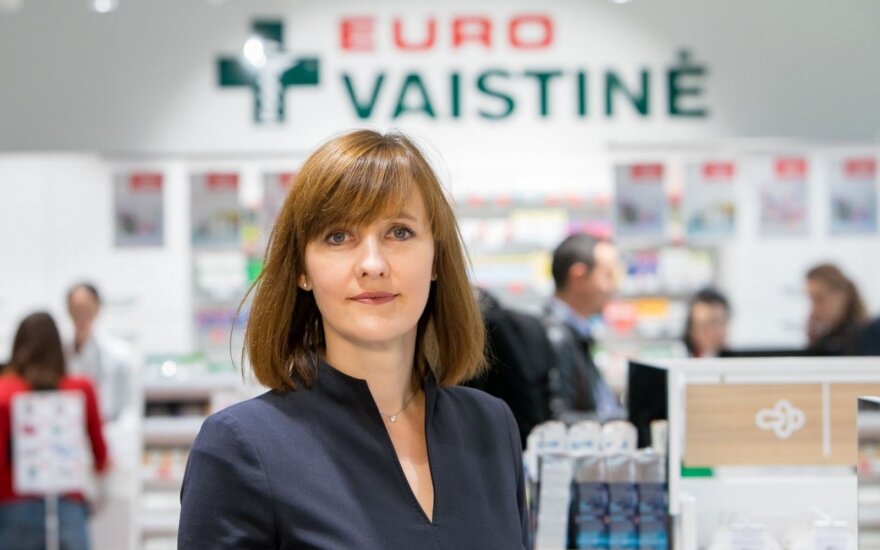 The fact that Lithuanians take care of health too little is also reflected in international research. For example, in the latest global health index compiled by Bloomberg Media Company, Lithuania does not even reach the top fifty. Similarly, according to the Legatum Institute's last year's ranking, Lithuania ranks only 72nd out of 149 countries of the world. In this list, we fade to not only many European countries, but also countries like Libya, Nicaragua or Kazakhstan.

"Health is our most precious asset, but perhaps only a few Lithuanians today can boast about being real "health millionaires". Moreover, the cost of our health is often realized only after losing it and we face serious health problems. In the pharmacies, our specialists meet people every day who go to pharmacists and doctors only when they can no longer endure the pain and ill-being and when serious diseases have already manifested. The public opinion poll shows very clearly why this is the case: People in Lithuania simply do not appreciate or cherish their health much," Ingrida Damulienė, chairman of the board of Eurovaistinė pharmacy network, says.

Encouraged by the study, Eurovaistinė is launching a special project that invites the public not only to think but also to evaluate the health asset each person has and to see whether they can boast about being "health millionaires". The public is invited to take a special test developed in association with Rimantas Stukas, Professor of Medicine at Vilnius University, and Daiva Makaravičienė, Family Doctor. The questions of the short test seem not very hard, yet, according to the authors, they can reveal the first sign and help understand whether a person can boast of really good health, or, on the contrary, their body already shows signs of danger.

The biggest problem is cardiovascular diseases

Professor R. Stukas, who contributed to the test development, points out that Lithuanians still take too little care of their health, and even when they feel the symptoms of particular health problems, they do not always take appropriate actions.

"One of the indicators that Lithuanians do not take care of their health enough is the lack of attention to the diet. The research shows that only about 30 percent of the population take care of the diet actively. Similar results have been observed since the end of the last century. Over this period, such research has been conducted on a regular basis in our country. A balanced diet is the basis for a healthy lifestyle and if you do not pay enough attention to it, we can hardly call it a consistent and comprehensive care of your health," R. Stukas says.

According to the professor, the biggest health problem in today's Lithuania is cardiovascular diseases, which are often displayed in overweight or obesity, general weakness and fatigue. According to R. Stukas, people should monitor the signals sent by their bodies and respond to them in a timely manner. Insomnia, headaches and dizziness, persistent tiredness, thirst, fragile nails or dry skin and hair can all be signs of health problems and should not be ignored. Taking the test, one can evaluate how many of these and similar signs his or her body already has sent.

Healthy lifestyle and prevention are important

Daiva Makaravičienė, Family Doctor, points out that both nutrition and physical activity as well as high-quality relaxation are very important for health. This is especially true for today's person who is always in a hurry, works overtime and faces tension.

"Each person should not only react to the symptoms of certain diseases, but also regularly check his or her health and take preventive health measures. It is also important for everyone to know and keep track of their blood state, cholesterol and glucose levels. These indicators are important to diagnose and treat the most common diseases in Lithuania – cardiovascular diseases and diabetes," Doctor D. Makaravičienė says.

The public opinion survey was conducted by the Market and Opinion Research Centre Vilmorus in February as commissioned by Eurovaistinė. More than a thousand people from all over Lithuania were interviewed.

Europe of different medicines: fewer medicines sold in Lithuania and at higher prices than in larger countries (1)

Fewer medicines are sold in Lithuania and their costs are greater than in larger European Union...

The first death from flu complications. The elderly woman, who died in Šiauliai, was suffering from a...

Proposals on air quality: maximum odour concentration in air to be reduced

In order to improve air quality and reduce discomfort for those residing near industry, manufacturing...

The cabinet has approved a pharmacy licensing regulations amendment project proposed by the Ministry...

The number of diagnosed cases of measles has risen to 397 in Lithuania , which is 100 more than...