www.lrt.lt
aA
Though the last few years have seen a gradual drop in the frequency of traffic accidents, recent figures have shown a reversal in this trend, with accidents in some areas growing by as much as 60%. 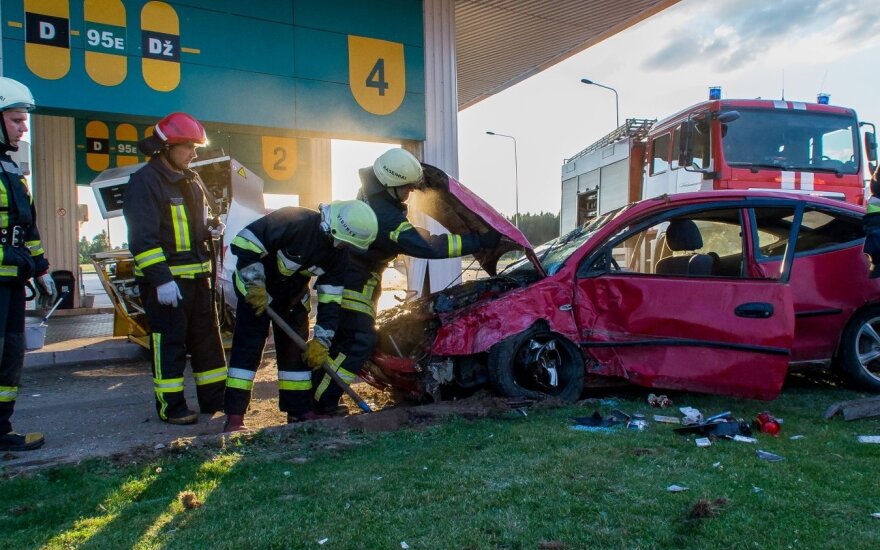 Fortunately, the number of accidents caused by drunk drivers has fallen by 9%.

The frequency of traffic incidents has grown more quickly in certain regions, with the largest increases being in Tauragė, Kaunas and Vilnius.

“Tauragė stood out for the frequency of incidents there – there were 60% more accidents here in which people were injured or killed. Accidents grew by 26.4% in Kaunas and 17% in Vilnius,” said Kazanovič.

The Ministry of the Interior has a new legal proposal that would lead to a reduction of speeding...

Passengers of drunk drivers to face fines in Lithuania

The Lithuanian parliament is considering a law that would punish passengers of intoxicated drivers.

Some 104 children killed on Lithuania's roads in 6 years

Some 104 minors have died in traffic accidents in Lithuania in the past six years, accounting for...

Sixteen people were injured when a coach traveling from the Polish city of Lublin to Vilnius ran off...

A NATO soldier was hit by a car in Lithuania's second-largest city of Kaunas on Sunday afternoon.