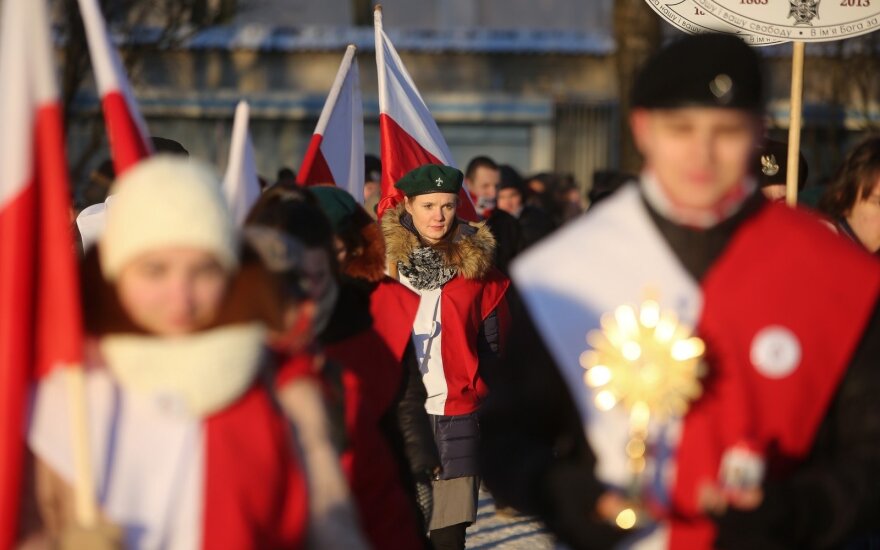 Conservative MP Andrius Kubilius, the initiator of the group, says that a lower threshold would contribute to the emergence of an alternative to the Electoral Action of Poles in Lithuania–Christian Families Alliance (EAPL-CFA), which is currently the dominant national minority party, and could reduce the Kremlin's influence on the political attitudes of national minorities in Lithuania.

"We propose to start discussions about this. By lowering that barrier, we make it possible for more liberal or more pro-European Polish organizations to compete with (EAPL-CFA leader Valdemar) Tomaševski for the votes of ethnic Poles in Lithuania," he told BNS.

On behalf of the May 3 Group, Kubilius has asked Viktoras Pranckietis, the speaker of the Seimas, to include amendments aimed at lowering the election threshold and a proposal to "solve, in a European way, the problem of spelling the letters w, q and x in forenames and surnames" into the agenda of the parliament's spring session.

The conservative lawmaker said that certain amendments on the name-spelling issue had earlier been registered in the Seimas, adding that amendments on a lower election threshold were being drafted.

He said that certain safeguards, such a 2 percent threshold, could be put in place to prevent pro-Russian organizations from being elected to the Seimas.

Tomasevski, a member of the European Parliament, said that the proposal to lower the barrier was belated.

„"They woke up at last. We have been proposing this for 21 years. There was no threshold for national minority organizations back in 1992, and based on that law, in 1992, in the first completely free elections, the Union of Poles won 2 percent of votes and was allocated two seats by proportional representation," the EAPL-CFA chairman told BNS.

"That was normal practice. This is common practice throughout Europe, but it was scrapped (in Lithuania) in 1996," he said.

In its report on the 2012 parliamentary elections in Lithuania, the Organization for Security and Cooperation in Europe (OSCE) recommended introducing a lower threshold for national minority parties, but this recommendation was never implemented.

The EAPL-CFA received 5.48 percent of the national vote in last October's general elections.

Vilnius City Mayor Remigijus Šimašius of the Liberal Movement has been urged by a group of...

All ethnic minorities should agree on the National Minority Law , says Lithuania's Parliamentary...