Mindaugas Jackevičius,
DELFI EN
aA
Russia's aggression in Ukraine has exposed Lithuania's sloppiness in dealing with its own ethnic minorities. Research shows that, amidst media craze about the war in Ukraine, Lithuania's Russian-speaking citizens get increasingly often depicted as a domestic risk, while their alleged disloyalty to the state is pinpointed as threat to Lithuania's national security and territorial integrity. 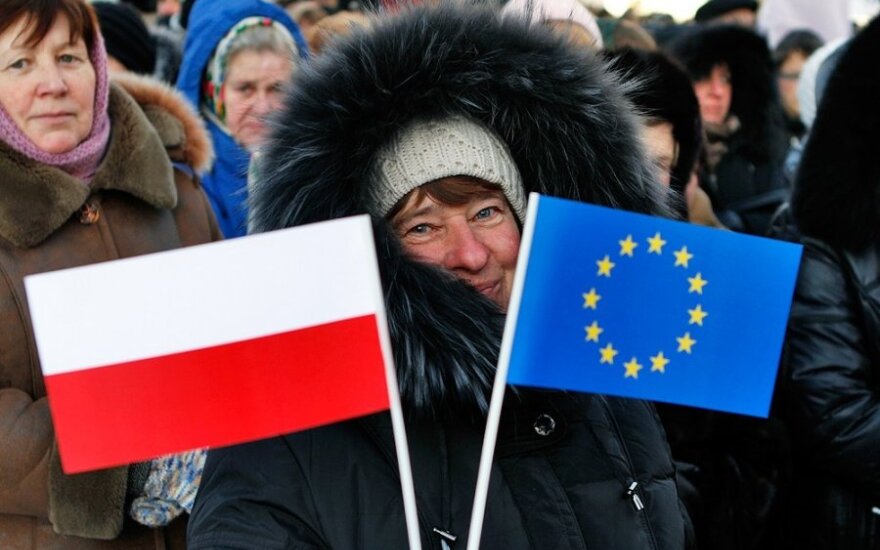 Dr. Monika Frėjutė-Rakauskienė, a sociologist, says that while the Lithuanian media tends to suspect Russian-speakers of civic and political disloyalty, research suggests that the opposite is true: the country's Russian and Polish speakers identify with Lithuania, see it as their home country, while their links with Russia and Poland are more cultural.

After Russia used protection of Russian-speaking minorities as an excuse to invade Ukraine and annex Crimea, the Baltic states have looked into its own populations with some unease.

Compared to Latvia and Estonia, Lithuania has a rather ethnically homogeneous population. According to 2011 census data, 84.2 percent identify as ethnic Lithuanians. Of the remaining, the two largest ethnic groups are Poles, making up 6.6 percent of the population, and Russians, 5.8 percent.

Dr. Frėjutė-Rakauskienė, fellow at the Ethnic Research Institute of the Lithuanian Social Research Centre, has looked into how Lithuania's most popular online dailies speak about these two groups. The Polish speakers, she says, are usually identified with the activities of the Electoral Action of Poles in Lithuania, a party dominated by its divisive leader Valdemar Tomaševski. The latter often makes headlines with demands to adopt the Law on Ethnic Minorities, to legislate spelling of personal names and toponyms in original Polish forms.

The way Lithuanian media depict local Russian-speaking population has been tainted by the geopolitical background, i.e., Russia's actions in Crimea and eastern Ukraine. Frėjutė-Rakauskienė's study shows that the group is often mentioned in reports on threats that Lithuania might be facing from the Russian Federation and stories speculating about how Moscow could use its soft power to mobilize Russian-speakers abroad.

"Looking at the sources that these stories quote, one can argue that the issues relating to both the Polish and Russian ethnic groups are constructed exclusively from the top, that is, in those stories they are mostly spoken about by influential Lithuanian officials, politicians, also politicians representing Poles and Russians," the sociologist tells DELFI. 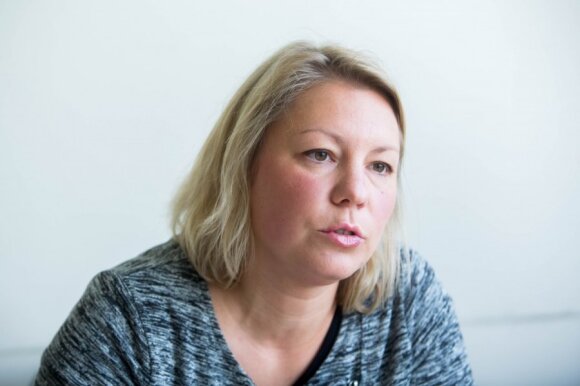 Meanwhile the voice of ordinary Polish and Russian community members who are not spokespeople for any party remains largely unheard - the public is mostly informed about what state officials and politicians think on the issue. Moreover, voices that dominate the discourse usually comes from the conservative right.

According to Frėjutė-Rakauskienė, the media often ponder on "cultural threats" - the local Russian-speaking community gets accused of failure to learn the Lithuanian language, its political and civic loyalties get questioned.

"The Russians' alleged civic and political disloyalty is often construed as a threat to national security and territorial integrity," she says. She also notes that although the threats are usually seen as emanating from the Russian Federation, Lithuania's own Russian-speaking citizens are increasingly seen as domestic risk, a possible excuse for Russia to invade.

Despite knee-jerk accusations in the media of failure to learn Lithuanian, recent census data suggest that most ethnic Russians do speak the official language, while those who do not are predominantly senior citizens. Of those who entered two mother tongues in their census questionnaires, more than half spoke Lithuanian and Russian.

"I think that this rather negative public discourse affects the way ethnic groups feel, because they are more sensitive to such claims. The tendency to give precedence to their ethnic origin over their citizenship negatively affects inter-ethnic relations and harmony in the society," Frėjutė-Rakauskienė says.

Public opinion polls show that there is very little antagonism between ethnic Lithuanians and groups of ethnic Poles, Russians, Ukrainians or Belarusians. Most Lithuanians do not mind sharing a neighbourhood, renting or working with people from these groups.

According to a 2014 survey, commissioned by the Ethnic Research Institute and conducted by "Baltijos Tyrimai", merely 4.3 percent of all respondents said they did not want to have Polish-speaking neighbours, 4.7 percent would resent having to work with them. The numbers were 7 and 5.8 percent, respectively, vis-a-vis Russian speakers.

The respondents were also asked how their opinions about ethnic groups had changed over the last five years. Frėjutė-Rakauskienė notes that opinions about Poles actually improved. Meanwhile 34.2 percent said in 2014, amidst the Ukraine crisis, that their opinion about Russian speakers had deteriorated. In 2013, the share was 15 percent. Still, the sociologist notes, this does not translate to social distance, i.e, Lithuanians still do not mind living side-by-side with Russians.

"In the press, [ethnic] Russians get accused of civic and political disloyalty. Research indicates the opposite, however. The ENRI-East study, conducted in 2008-2011, suggests that Russians and Poles identify with Lithuania, see it as their home country, whereas their links with Russia and Poland are cultural more than anything else. They equally identify with the European Union. The said study reveals that the Polish and Russian ethnic groups care more about social than ethnic cleavages in the society: gaps between the rich and the poor, the young and the old. Ethnic tensions are pushed to the background," Frėjutė-Rakauskienė said.

She adds that if the government put more focus on addressing economic and social issues in south-eastern regions of Lithuania, which are among the poorest and have the highest concentration of Polish-speaking populations, this would contribute to successful integration, boost civic loyalty and prevent divisive political movements from gaining ground.

Frėjutė Rakauskienė thinks that Lithuania was pursuing much more consistent and purposeful ethnic minority policies in the 1990s, right after regaining independence from the Soviet Union. Parliament then passed the Law on Ethnic Minorities and the Law on Citizenship which granted Lithuanian citizenship to virtually all residents of the country, including ethnic minority groups.

However, the Law on Ethnic Minorities went out of effect in 2010 and there is no legislation regulating the use of minority languages.

A study on education policy carried out in 2012-2014 in south-east Lithuania revealed that local populations were unhappy with a lack of communication between central government and local authorities as well as people.

"With better communication, there'd be more trust from local populations and less misinterpretations. People also said that government institutions and especially political parties pay too little attention to this region. The only party that does is the Electoral Action of Poles in Lithuania, so I am not surprised that people trust this party," Frėjutė-Rakauskienė said.