BNS EN
aA
The Lithuanian government will not force consolidation on universities, but new funding rules will make them change, Prime Minister Saulius Skvernelis and Ramūnas Karbauskis, chairman of the ruling Farmers and Greens Union (LFGU), said on Tuesday. 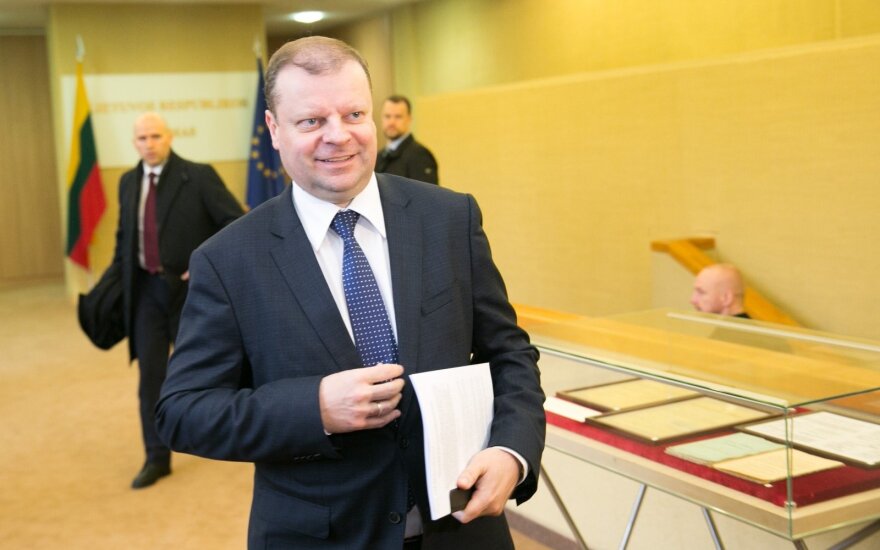 "We could forcefully tell the administrations how many universities should remain, but that would not be the right step. It does not matter for us who unites with whom, but changes will be inevitable," Skvernelis told reporters after a meeting of the political groups of the ruling coalition parties in the Seimas.

According to the prime minister, universities will have no choice but to consolidate after the funding rules are changed.

Related articles
Lithuania should have 4 universities after reform - working group  (1)
Political analyst: S. Skvernelis wants to jump from one post to another  (1)

A working group appointed by the prime minister proposes that Lithuania should have two international-level universities, in Vilnius and Kaunas, and two technological universities, in the capital and in Klaipėda, after the planned reform.

Karbauskis, the leader of the biggest parliamentary party, also said that universities would not be merged by force.

Farmers: employers must increase wages or we will not vote for new Labour Code

The Lithuanian government's proposals to consolidate some of the country's universities will not...

The Lithuanian government was briefed on Wednesday about a reform of universities proposed by a prime...