Should we be worried about Gediminas Tower and the unstable hill it stands on?

www.lrt.lt
aA
The trees that used to cover the hill on which Gediminas Tower stands were cut down several years ago, but the hill is still a topic of discussion, especially since ripples of sagging dirt on one of its faces have people worried that it may erode and damage the tower. 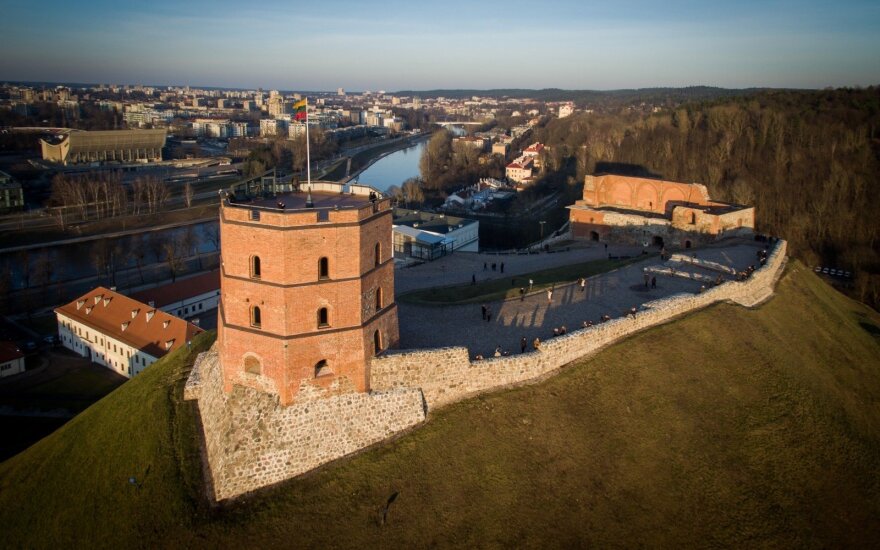 Jonas Satkūnas, the director of the Lithuanian Geological Service, said that the hill is a wonderful natural formation that was formed as the ice age receeded.

When the massive glaciers that covered much of Europe began melting and receeding about 16,000 years ago, they revealed the hills that the capital's residents and visitors currently see.

Over time, the hill has lost about one third of its content, but the hill itself isn't actually getting smaller, said Satkūnas, because of the layers constantly forming on top of it. The only problem, however, is the hill's slopes, which are very steep. Many also probably do not know that there were tunnels excavated in the hill which have since been filled up.

However, Satkūnas said that neither the tunnels nor the construction of the royal palace at the foot of the hill had any affect on its stability.

“The hill has a strong trunk and a strong structure, the only things that are unstable are certain segments of the hill,” Satkūnas said.

A sudden thaw and heavy rainfall has undermined the integrity of the historic Gediminas Hill in...