aA
Italian musicologist and semiotician, professor Dario Martinelli says that the most beautiful view in Lithuania is at the confluence of the Nemunas and the Neris rivers at Kaunas Santaka park. 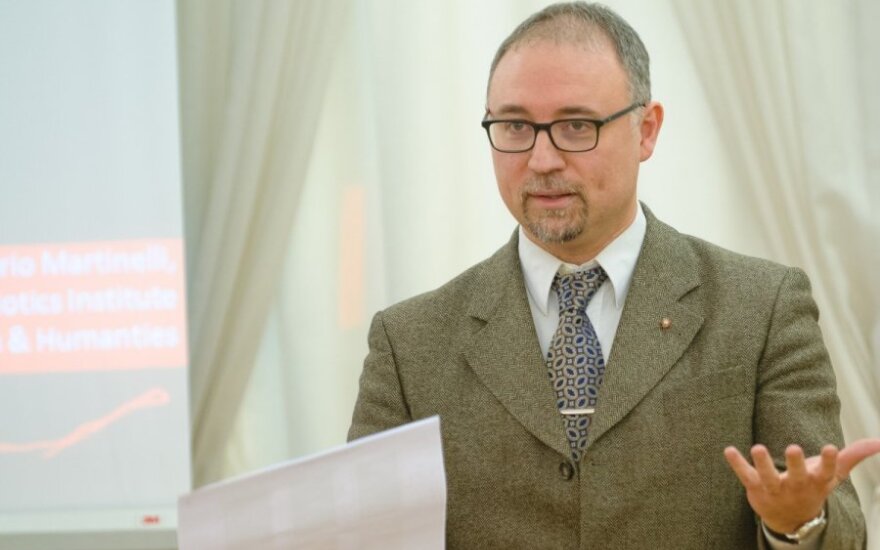 Although he resides in Vilnius, the head of International Semiotics Institute (ISI) of Kaunas University of Technology (KTU) Martinelli appreciates Kaunas’ laid-back atmosphere which is different from bigger cities.

According to Martinelli, life in the cities of the size of Kaunas usually is less stressful, although offering enough cultural, social and other opportunities. One doesn’t “get lost” in a way it happens in large cities. Italian who has found his new home in Lithuania is fascinated by the diversity: according to him, all our main cities have their distinct “personality”.

Even though you live in Vilnius, you often come to Kaunas for work. What do you like about this city?

Something I particularly like about Kaunas is how familiar and cosy it became to me. My wife, as you may know, is Lithuanian, and she is actually from Kaunas: her family still lives there. It is funny, because we got to a point where I know some places better than her, so I can surprise her in her own hometown.

In comparison to Vilnius, what do you like more about Kaunas?

I would not put it in “more” or “less” terms, because Vilnius is a beautiful city, too. I enjoy their diversity, actually. Sometimes people from abroad tend to have a stereotyped perception of Lithuania, as if all the places are alike. So, the nice discovery a person in my position can do (that is, coming from abroad to live in Lithuania) is to notice how all the main cities have their distinct “personality”.

It applies to Kaunas, to Vilnius, to Klaipėda and to all the other ones. Having said that, and wanting to focus on one example only, there is one particular spot that I enjoy particularly, in Kaunas: it's when you are heading to the centre from Užnemunės gatvė and the whole area and monuments of Santaka park appears. That particular view, I think, is the best view of the whole Lithuania.

In your opinion, why is it good to live and study in Kaunas? What are the main advantages Kaunas can offer?

History teaches us that the best University towns are not particularly big. A relatively small (but not too small!) place allows good connections (also at walking distance), a good quality of life, less stress, and also enough opportunities (of cultural, social, and other types) without that “getting lost” feeling that you have in big cities. 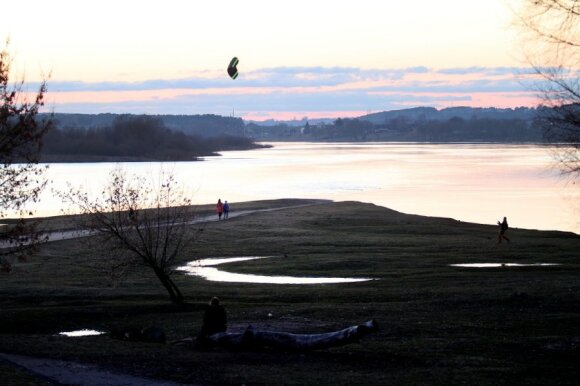 Also, the position of Kaunas, within the geographical context of Lithuania, is altogether more comfortable than Vilnius, because it is more central. It is easier to get around from Kaunas than from other places. The capital is not too far, and even a visit to the seaside is not awfully demanding, as it would be from Vilnius. No wonder Kaunas used to be the capital: it does have the characteristics for being one.

Why did you choose to work at KTU and what do you like about working in a technical university?

I have to say, I have been asked this question many times. If we stick to professional reasons (of course, I mentioned that I have a Lithuanian wife, and therefore an Italo-Lithuanian son – this of course was very important in my choice), I think I should point the finger in two directions. First, being a scholar in the humanities, I have always believed that humanities should not be wary (or even scary) of technologies, as they sometimes are, but on the contrary they should actively interact with technologies, and provide whatever critical assessment is needed in order to make sure that technologies are employed to ensure quality and dignity of life.

Second reason: I consider myself an ambitious person (hopefully in the good sense of the term). Now, there are two types of ambition in the academic world, I believe. One is the ambition of working in an environment that is already fully established, big, “famous” (in the Oxford or Harvard sense, that is).

Another type of ambition, which is the one I like, is to be in an environment that is “in progress”, that is growing, and actually being in the middle of this process, contributing to it, making the difference. I see KTU as this kind of place: a place that has a certain size now, and that will have a bigger one when – so to say – I'm finished with it.

Why is KTU a good place to work? Is it well adapted and equipped for the foreign guests and personnel?

It is a good place that can, and will, be better. There is room for improvement, but there is also a genuine intention to improve, and that – again – produces that exciting “work in progress” feeling that I was mentioning before.

The situation of foreign personnel is in fact the perfect example. When I came in KTU, in 2012, the process of internationalisation was at the beginning, and I could feel I was a bit of an “exotic animal”. But I understood (in fact, I was told too, by some colleague) that I was part of that process, that the sense of me being there was exactly meant as a signal that things were rapidly changing. So, now, after three years, I can certainly feel we switched to another level. In that respect, and quoting The Beatles, "it's getting better all the time..."

I still can't stand bureaucracy, though: we got a lot of it, at KTU!

Why would you recommend to live in Kaunas and to study/work at KTU?

Kaunas is a town with a history and an identity, with a beautiful old town, and with a lot of potential (which I hope local authorities will become a bit more aware of).

Oh: and let's not forget a good evening spent with Lithuanian beer (among the best in the world, to my mind!) and garlic bread sticks. Delicious!