BNS
aA
Lithuania's parliament on 19 October passed amendments initiated by President Dalia Grybauskaitė that en able the country's law-enforcement to put financial offenders who have fled the country on trial. 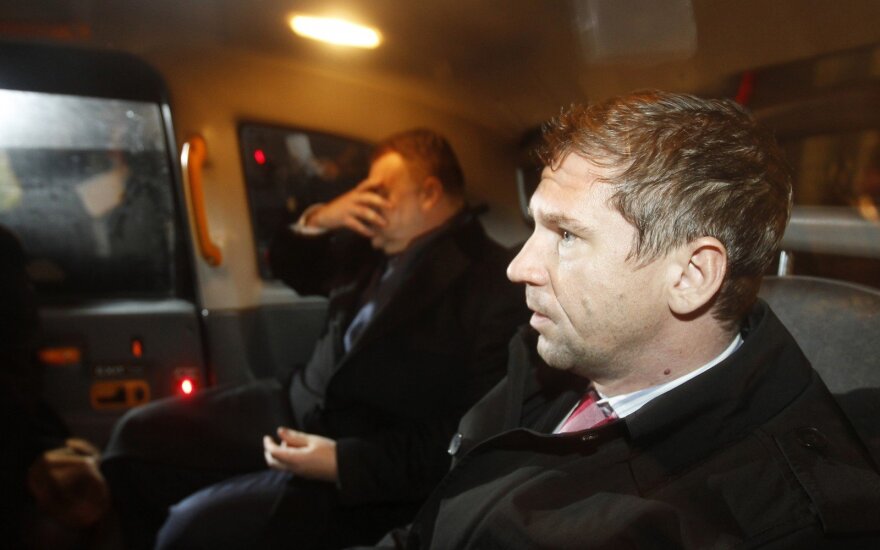 Supported by 78 parliamentarians and one abstention, the adopted changes to the Criminal Code allow prosecution of persons for large-scale damage to the state.

"Up until now, the state was powerless to conduct prosecution of individuals who are hiding abroad to escape liability for large-scale financial, tax and other crimes that have caused major damage,"the President's Office said in a press release after the vote.

According to the communique, stories of suspects fleeing Lithuania to escape justice revealed "legal gaps that allow plunderers of even millions of euros to avoid prosecution."

The amendments would theoretically make it possible to judicial proceedings of former bankers Raimundas Baranauskas, Vladimir Antonov and Vladimir Romanov who are in hiding from Lithuanian law-enforcement.

Russia has granted political asylum to Baranauskas and Romanov, former shareholders of Snoras and Ūkio Bankas whom Lithuanian prosecutors want on trial for large-scale plundering.

Currently, investigations in absentia are only possible in cases of foreigners avoiding justice and escaping Lithuania and only for crimes of international character, such as terrorism, genocide, human trafficking and bribery.

Lithuania's government should Wednesday discuss the position to be held in the suit filed against...

Seimas opens amendments to put ex-bankers on trial in absentia