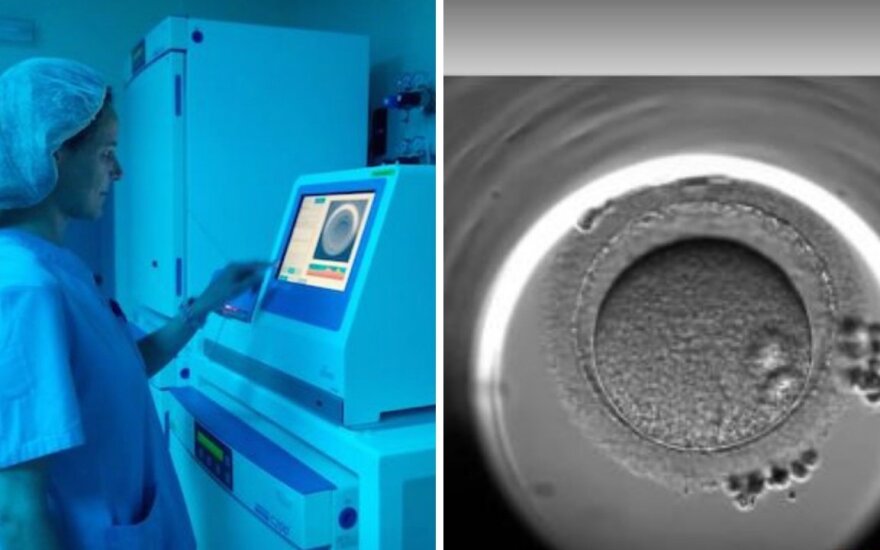 The lawmakers supported provisions that allow for the donation of reproductive cells in some cases, as well as artificial insemination procedures for couples who want to avoid having their children inherit genetic diseases. The discussion was adjourned at the debate of the provisions that have far triggered the most heated discussions so far - the freezing of embryos.

"The parliament is willing to support the version supported by medical science, which allows the application of the latest scientific achievements and the latest methods of treatment. Speaking about today's discussion, I would highlight the bid to allow genetic testing, which is very important for families faced with a high risk of having a child with certain hereditary diseases. Some couples face higher risks of having such children, and science allows them to have a healthy child," Minister Juras Požėla told BNS.

According to the provisions approved on Tuesday, assisted insemination is only allowed in cases when infertility cannot be treated or the treatments cannot guarantee any success rate, as well as in cases when this is done to avoid or treat a disease causing substantial disability.

Parliamentarians also said artificial insemination cannot be used to change the characteristics of children conceived by assisted insemination, such as sex, except in cases when this is done to avoid or treat a disease.

Lithuania's parliament also supported the provision that artificial insemination can only be done with the reproductive cells of a female and a donor who is her husband or partner, with the exception of cases when the spouse or partner's reproductive cells are damaged or insufficient in number, making them unsuitable for artificial insemination, or in cases when they might transmit a disease causing substantial disability.

Last week, the Lithuanian parliament opened debates into the Artificial Insemination Bill, which would stipulate state financing for expensive assisted insemination procedures for families unable to have children.

Lithuania's parliament on Thursday opened discussions into the draft Law on Assisted Insemination,...

Parliament to consider defining family through marriage and parenthood

The Lithuanian parliament will debate on Thursday an amendment to the Constitution that would tie...

If Lithuania banned abortion, it would still have to cover it abroad - health minister

If Lithuania introduces a ban on abortion , women will still be able to terminate pregnancy in...