BNS
aA
The searches conducted on Wednesday in several Russian-language schools in Vilnius were aimed at discrediting the local Russian community, the Russian Union of Lithuania said. 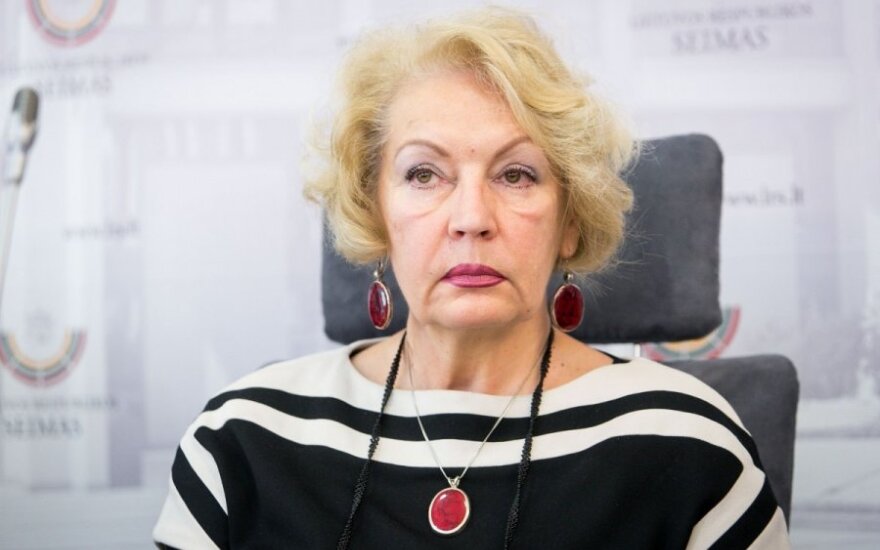 "The Russian Union of Lithuania strongly condemns the public relations campaigns carried out by law-enforcement institutions, i.e., the searches performed at the capital city's Vasily Kachalov Gymnasium and Sofia Kovalevskaya Secondary School were in connection to something the State Security Department knew about several years ago. Leaders of the Russian Union of Lithuania believe that these actions are aimed at shaping a negative opinion and discrediting the Russian community in Lithuania," reads the communiqué signed by the union's leader MP Sergej Dmitrijev and the party's executive secretary MP Larisa Dmitrijeva.

"Why did the services in charge of law-enforcement and security wait for this moment, although they were aware of the students' trips to the paramilitary Soyuz camps? There was no reaction even when the students were back, this was not the first time they went there. Why was the timing of the searches so incorrect – during classes? I am convinced that such actions pursue the only goal of forming an image of Russian-speakers as enemies of Lithuania," Dmitrijev said in the statement.

On Wednesday, Vilnius prosecutors and police officers searched administrative premises of the two Russian-language schools in the framework of an investigation of student trips to paramilitary camps in Russia.

"We are talking about school principals and one teacher. Prosecutors have nothing against the school students," Chief Vilnius Prosecutor Ramutis Jancevičius told a news conference on Wednesday, denying reports in the Russian media that the students were charged with treason.

The Prosecutor General's Office in October reportedly started an investigation into attempts to help a foreign country to act against the Republic of Lithuania. The authorities then said that the investigation will seek to establish the circumstances under which students of national minority schools of Vilnius repeatedly participated in paramilitary Soyuz camps in Russia.

Lithuanian police have conducted searches in several Russian -speaking schools in Vilnius that are...