Vytautė Kazanavičiūtė
aA
The conference “Vision Zero for Sustainable Road Safety in the Baltic Sea Region”, held in Vilnius on 5-6 December 2018, acknowledged the importance of road safety matter and provided examples, suggestions and the possible outcome of what we can expect, if changes will not take place soon. The conference was arranged by Lithuanian-Swedish Academy and Vilnius Gediminas Technical University (VGTU) together with partners. 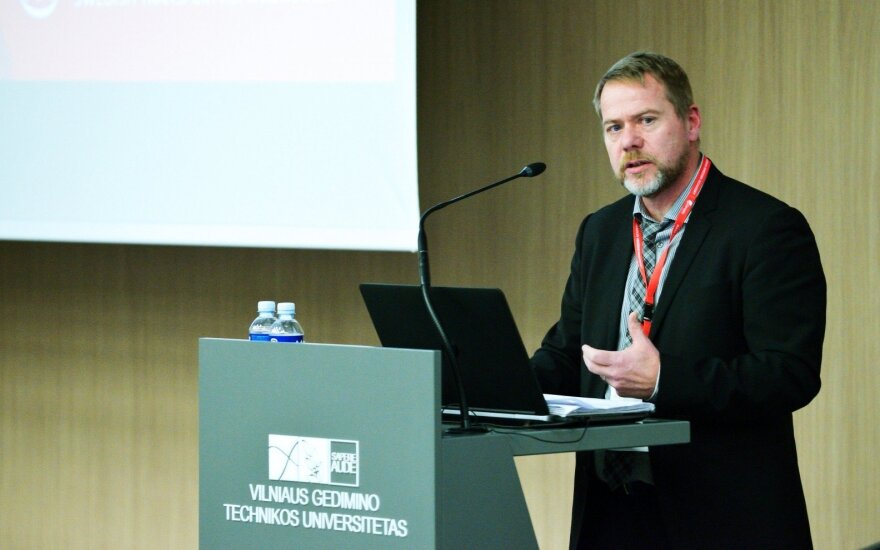 The need to transform things as they were strongly evolved a few years ago. Initially, it inspired a project "Vision Zero in Lithuania", which stemmed from the EU resolution passed on March 16th 2016, with a mission to reduce the number of road deaths in the 28 EU member countries within upcoming years. Earlier this year, one of the conference's supporters Lithuanian Road Administration under the Ministry of Transport and Communications released concerning statistics. Report stated, almost 4000 thousand people were injured in traffic just in 2017. According to data, over 26,000 people die in traffic in Europe every year.

How can we change those frightening statistics, or better, how can we create solutions, that support society's need and right to feel and be safe? Is it possible to reduce road deaths to a minimum or at all? What it takes to drive more safely? What the future holds?

Also, Truck and Trailer with guides from "Girteka Logistics" were available for the conference delegates during the conference's time. The Trailer is designed together with the Lithuanian Traffic Police for traffic education for e.g. school children.

Live radio program at LRT followed up the conference. On 8th December, the biggest program on Saturday morning discussed the outcome of the conference featuring Vidmantas Pumputis from the Ministry of Transport and Communications and Jurate Fagerlund from Lithuanian-Swedish Academy. During the live show Vidmantas Pumputis stated that "Vision Zero for Sustainable Road Safety in the Baltic Sea Region" was a great success and the biggest and most successful conference in the road safety area that has ever been arranged in the Baltic States.

Pedestrians in Lithuania will be banned from using mobile phones in crosswalks and motorists will have...

Lithuania has significantly improved the statistics of traffic safety over the past few years,...