BNS
aA
The remains of Mykolas Biržiška, one of the twenty signatories of Lithuania's 1918 declaration of independence, was reburied in Vilnius on Wednesday. 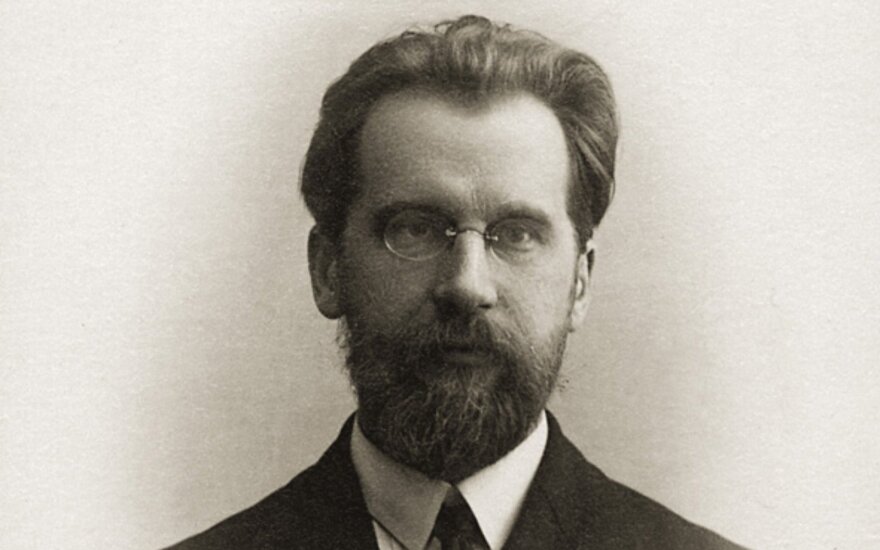 The signatory, whose remains were flown earlier this week from the United States, was buried in the capital's old Rasos Cemetery, next to Jonas Basanavičius, chairman of the Council of Lithuania which signed the independence act of February 16, 1918.

Among those present at the reburial ceremony were family members and friends, Lithuanian Culture Minister Liana Ruokytė-Jonsson and Government Vice-Chancellor Deividas Matulionis.

Born in Viekšniai, in northwestern Lithuania, in 1882, Biržiška worked in the press and in 1915 was appointed director of the first Lithuanian-language gymnasium.

Biržiška, together with like-minded people, two years later initiated the Vilnius Conference and was elected a member of the Council of Lithuania. After Lithuania regained independence, Biržiška, who had leftist views, served as education minister in the cabinet of Mykolas Šleževičius.

He was involved in efforts to reopen Vilnius University and to organize the High Courses in Kaunas and continued his academic and journalistic activities.

Biržiška served as professor and rector at Vilnius University between 1939 and 1944. He fled to Germany after the second Soviet occupation started in 1944, and moved to the United States in 1949. He died in Chicago in 1962.

Vilnius authorities tending to tombs at Rasos Cemetery will seek to inform relatives of those buried...