the Lithuania Tribune, LRT
aA
A regatta of historic boats is to set sail on the Curonian Lagoon from Nida to Klaipėda. 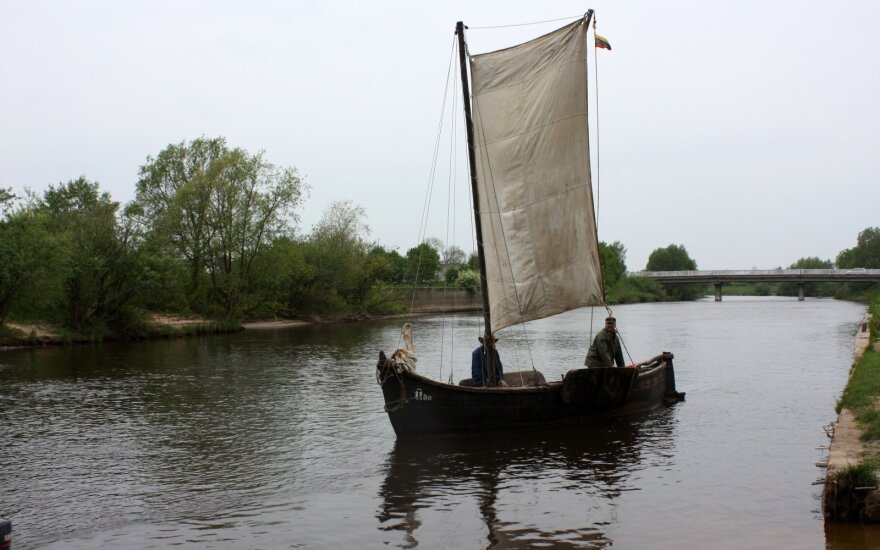 The race along the Lithuanian coast is called Burpilis, named after an archaic tool that Baltic fishermen used to remove water from their boats and pour it on the sails. This way, they believed, the boats would sail faster with the wind.

The regatta, which is starting on Wednesday, will include eight reconstructed historic boats.

The oldest one is the Kuršis from Nida. She was built by Eduardas Jonušas over two decades ago, following old methods of Curonian fishermen.

On Wednesday, the boats will sail from Nida towards the small harbour of Šturmai. The first arm of the race is dedicated to Ernst Wilhelm Berbom, a nineteenth-century fishing inspector who came up with the idea of marking boats with weathercocks in order to check if they were fishing in their proper areas.

The regatta is finishing in Klaipėda on Thursday. The city is hosting its annual Sea Festival this weekend, when visitors will be able to climb aboard the boats.

The heads of Lithuania's Curonian Spit municipality of Neringa are concerned over the practice of...

Sea Festival kicks off in Klaipėda

The traditional Sea Festival is starting in the Lithuanian port city of Klaipėda on Friday.

A sailing exhibit of the Lithuanian Sea Museum, a replica of a traditional fishermen boat –...

The search for the missing captain of a ship which sank in the Curonian Lagoon in Lithuania...