aA
We are asking for the chance of ‘gaining a foothold’ but not for allowances, relocated and resettled persons to Lithuania say in a study done by the Vilnius office of the International Organisation for Migration (IOM). 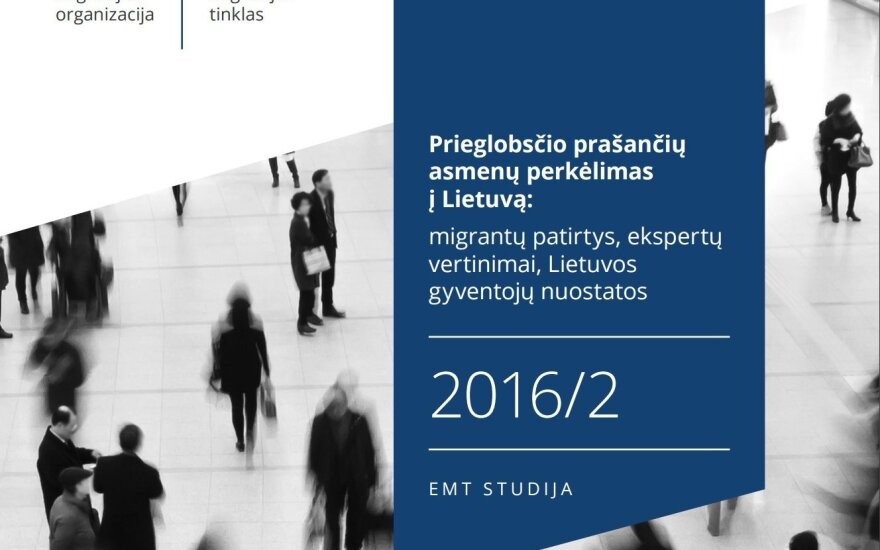 ‘I have not chosen Lithuania, it is Lithuania that has selected me’, ‘We are compared against Lithuanians, though Lithuanians are born and live here and know everything, and we do not’. ‘We are not asking for money, but for housing, longer language training and recognition of our qualifications, and then we will manage on our own,’ relocated and resettled asylum applicants say in the study, IOM writes in a press release.

In solidarity with the EU Member States facing huge migratory pressure, the Government of the Republic of Lithuania in May 22, 2015, took a decision to relocate and resettle 1,105 asylum applicants to Lithuania by 31 December 2017. On August 11, 2016 the IOM and Migration department signed the Framework agreement regarding cooperation on resettlement. IOM is also assisting Lithuania on logistics in the relocation process.

This is an entirely new challenge for Lithuania, thus after more than a year following the adoption of the decision the process is only gaining momentum (until November 2016, 185 asylum applicants have been relocated and resettled, which makes up 17 per cent of the country’s quota). First experience of relocated and resettled persons demonstrate that there are clear challenges which if unresolved will impede their integration.

The study has shown that the process of reception and integration would be best facilitated through: a) systematic assistance in the area of provision of accommodation and settlement, at least during the first year of staying in the country;

b) professional assistance in searching for employment in a person’s occupation;

In addition, the performed analysis indirectly draws certain parallels. Thus, refugees for us are a litmus test highlighting not only refugee-related issues, but also to the general issues of life in Lithuania and a lack of empathy for the vulnerable.

IOM states that the mechanism of relocation and resettlement is not a tool for managing migration or labour resources, but a protection tool for the individuals fleeing the horrors of war and an act of solidarity with the countries currently dealing with a particularly large influx of refugees. Lithuania’s ability to provide temporary shelter and integration for the relocated and resettled persons would serve as an indirect indicator that the country is capable of meeting its obligations and is becoming a modern state able to tackle challenges.

The study has been conducted within the framework of the 2015-2016 programme for the European Migration Network, in cooperation with Sprinter Research, UAB.

Another 12 Syrian refugees arrived in Lithuania on Monday evening under the European Union 's...

Interior Minister Tomas Žilinskas says that the Iraqi refugee family who have asylum in Lithuania,...

Refugee in Rukla – how do seven people live off of 500 euro?

Abdulrahman Alfahed from Syria arrived with his family at the Rukla Refugee Centre a month and a half...

Another 16 Syrian refugees arrive in Lithuania (1)

Another 16 Syrian refugees have arrived in Lithuania under the EU's resettlement program , the...