BNS
aA
Integration of refugees is a more important issue than the question of whether to ban wearing burqas in public or not, says Lithuania's Prime Minister Algirdas Butkevičius. 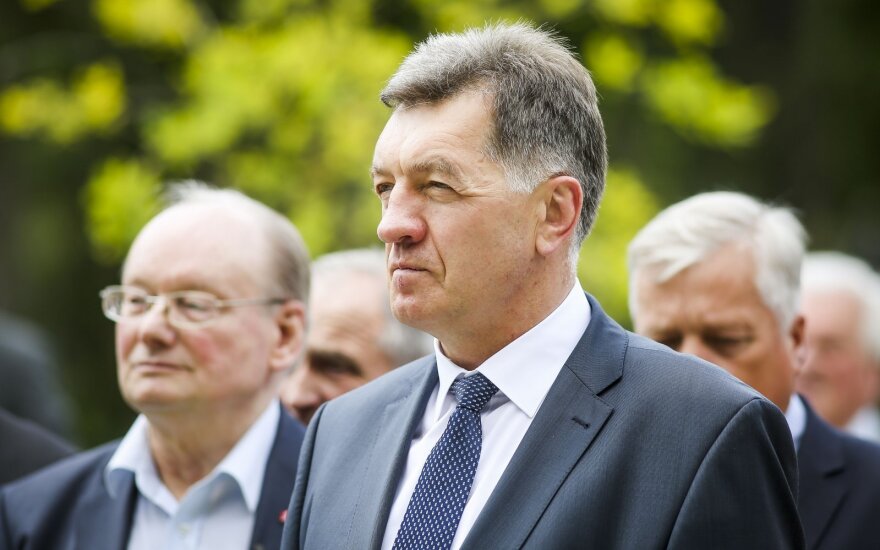 "Currently, the most important issue is the accommodation of the refugees in Lithuania and helping them to settle here. If some issues emerge in the long run, they will be addressed," his spokeswoman Evelina Butkutė-Lazdauskienė gave his opinion in comment of the burqa ban proposed by Artūras Paulauskas, the chairman of the parliamentary National Security and Defence Committee, in the run-up to the arrival of several hundred refugees from the Middle East.

In Butkevičius' words, the government's decisions come "in the light of Lithuania's international commitments in the field of human rights and religious freedom".

Earlier on Thursday, Paulauskas confirmed to BNS he would propose a ban on burqas, if the government did not take the step. In his words, wearing the traditional clothing in public may threaten public security, as the burqas make people wearing them impossible to identify.

He also called for a discussion whether the Muslim refugees coming to Lithuania should be allowed to perform their religious rites anywhere or be restricted to specific places.

Human rights activists have criticized the initiative, saying this would perpetuate negative stereotypes in the society and interfere with integration. Disapproval of the Paulauskas' initiative has been stated by leaders of the remaining parties represented in parliament and Justice Minister Juozas Bernatonis of the ruling Social Democrats.

Speaking about Muslim burqa ban is premature in the run-up to arrival of hundreds of refugees to Lithuania, says the country's Interior Minister Saulius Skvernelis.

In comment of the ban on wearing face-covering burqas proposed by MP Artūras Paulauskas, the minister said the situation would depend on the refugees' willingness to integrate in the country.

"I also hope that the people we take in will want to integrate with our society in a faster and simpler way, accepting the ways of conduct and other standards, rules and lifestyles that are acceptable here. If this is their stance, we will not have to have legal regulations of their clothing details and other things," Skvernelis said in a comment forwarded to BNS by his spokesman Tomas Berzinskas.

Lithuania has pledged to accept 325 migrants, mostly Syrians, over the course of two years, as part of wider EU efforts to address the Mediterranean refugee crisis.

According to the general census of 2011, over 2,700 Muslims resided in Lithuania.

As Lithuania prepares to receive several hundred refuges, Artūras Paulauskas, chairman of the...

The Baltic states, along with other European Union nations, have agreed to take in a portion of...