Refugee from Afghanistan asks for help from Lithuanian president - in Lithuanian

(2)
the Lithuania Tribune, DELFI
aA
"Laba diena visiems iš Lietuvos," Basir, a refugee from Afghanistan's Ghor Province, addresses people of Lithuania and the country's president in a youtube video posted by an American journalist from a refugee camp in Greece. 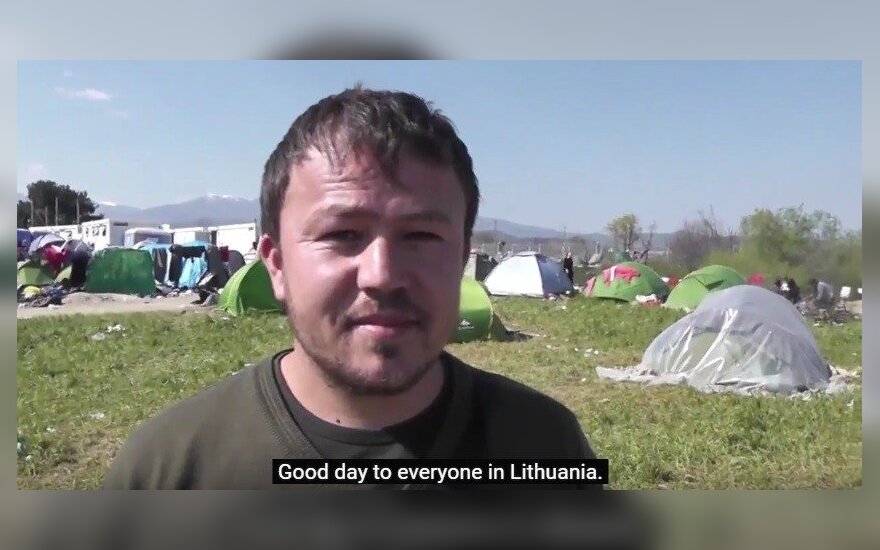 Basir Yousofy says he learned Lithuanian while working with Lithuanian troops in Afghanistan. He has now fled war and persecution in his country and ended up in a refugee camp on the Greek-Macedonian border. Basir wants to come and ask for asylum in Lithuania.

The video was posted by independent reporter Josh Freidman who interviewed Basir. The man said he worked with Lithuanian troops who led a reconstruction mission in the Ghor Province since 2005.

Basir tells that the situation has deteriorated in his province since NATO troops withdrew and that he received death threats from the Taliban.

"One Lithuanian girl would speak with me every day in my tent, I learned speaking and reading [Lithuanian]. When I worked with Lithuanians, I first worked in logistics and later as an interpreter," Basir says.

Captain Jurgis Norvaiša of the Lithuanian Army confirms that he remembers Basir.

"Of course I know him. It is a great opportunity to do something for him. He used to live in our base," he tells DELFI.

Basir says he has a family who stayed behind in Afghanistan: "I have a family, my daughter is in Afghanistan, I have a mother and a brother. They told me I can go first, because the situation in Ghor is not good. You can go first and after that bring us to Lithuania."

If he were allowed to come to the Baltic state, Basir says he would like to open a hotel or work in a kitchen.

Lithuania's Labour Party has issued a statement, saying that the country should not to accept any...