Refugee crisis is a missed opportunity for Lithuania - Kaunas conference

LT Daily, media brief
aA
Young people from all over Europe have come to Kaunas to tackle one of the most sensitive issues in the European Union - the integration of refugees – coming with a range of approaches to developing ways to help refugees join the labour market and integrate into society. 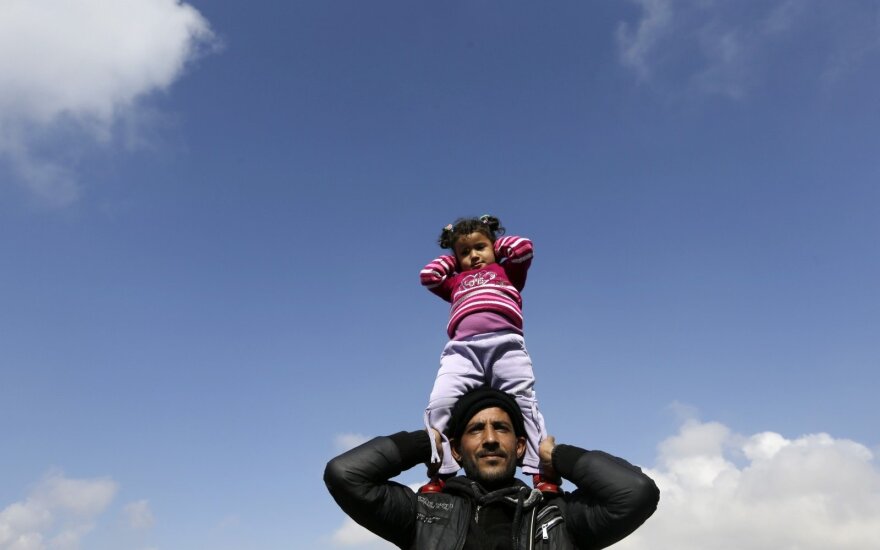 Thirty-six young people from Spain, Italy, Greece, Turkey, Poland and Lithuania gathered at the project Refugees: Europe's (Missed) Opportunity in Kaunas and searched for the most effective ways to integrate refugees into European society.

Some of the participants have had experience in the refugee camps in Greece and Africa, have been interns in the Amnesty International and the United Nations agencies.

“It is these people who have enriched the project the most by sharing fresh impressions and being thoroughly familiar with this problem, the participants were able to objectively shed light on the current situation in Europe due to the influx of migrants. All the participants recognized the fact that the integration of refugees is a sensitive issue, but to completely close the eyes would be a sin against humanity. This basic idea was emphasized during the project,” said one of the organizers J. Liaudinskas.

"Maybe it's somewhat ironic that a project in one place attracted people of different countries, who were able to feel comfortable, to live for the whole week to work on integration of refugees themselves, even while away from Lithuania. This is partly symbolized as a missing European unity on this issue. After all, most of us are part of the same "refugees" - who emigrated from their country in search of a better life abroad,” said project participant Ignacio.

“This project was one of the most eye opening "experiences of my life. The problem is sure to make the possibility of integration is there not only Lithuania, but also in Europe," said Ignacio.