the Lithuania Tribune, DELFI
aA
Interwar Kaunas had a red light district, women were scandalizing conservative prudes with their skirts and haircuts and every other film shown in Kaunas cinemas was a naughty picture, historians say. 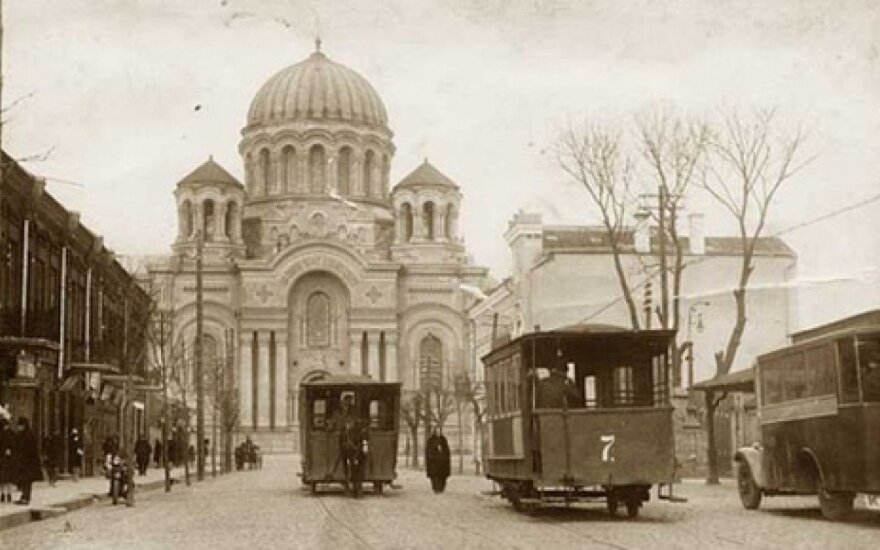 Historian Ugnė Marija Andrijauskaitė, is interested in topics that often fall outside the conventional "important" history. Andrijauskaitė graduated from Vilnius University in 2011 and is now writing a doctorate at Vytautas Magnus University, in Kaunas.

"I research unusual topics, that is, I don't write about the 'great men' of history or important events, but about ordinary people whose everyday lives can be of interest not just to my colleagues from academia, but lay readers as well. Some of my topics may seem racy," Andrijauskaitė says.

You have researched what you call "the history of sin" in interwar Lithuania.

One often hears the stereotype about moral Lithuania, fair-haired girls in national costumes. I looked into attitudes towards marital and pre-marital relations, fashions and issues of morals.

Yes, there were "fair-haired" moral Lithuanian girls, but there were other types of girls, too. The conservatives were positively tantalized by the popular Bubikopf haircut. Kaunas even had a red lights street, prostitution was legal in the country.

Prostitutes had to register and have regular check-ups for sexually transmitted diseases. Journalists Juozas Kazys Beleckas wrote about that district in his book "The Sin Street".

Your other work looks into reproductive health in Lithuania between the wars. Was abortion a hotly-debated issue?

Abortion in Lithuania was illegal, it wasn't legalized until 1955. But that doesn't mean it didn't exist. There were a number of court cases against people performing abortion. Both those who carried out the procedure and women who underwent the procedure would be punished. The biggest punishment for abortion was eight years in a labour camp.

Tabloid newspapers from the period are full of stories about dead new-borns and suicide because of unplanned pregnancy.

There were also campaigns to educate society about sexually transmitted diseases. The church would often speak up, advocating reproductive sex only, and campaign against contraception. But it was also legal to distribute leaflets about family planning, monitoring fertility, contraception. There were even plans to install condom dispensers.

Another of your studies is titled "Kaunas 1984: Nine-storey Skyscrapers and Bathhouse in the Love Ministry".

A topic I am interested here is the history of future, how people imagined the future in the past.

One tabloid ran a story in 1934, describing Kaunas 50 years later. It presented visions of the city, complete with libraries, funiculars, and skyscrapers. The year 1984 is a reference to George Orwell's dystopia. The Love Ministry is what the Ministry of Justice is called in Orwell's novel.

In Lithuania, it was housed in the building which is now the city philharmonic. Back then, people imagined that in the future it would be a bathhouse area.

The funicular was a symbol of progress at the time. A newspaper reported in 1931 about the opening of a funicular in Aleksotas. The report said everyone could have tea and snacks on the funicular. People came to the opening and it turned out it was an April Fool's joke. But it shows that funicular was something special if it attracted so much attention. People expected Kaunas would be full of funiculars, but only two were built in the end.

What other topics are you planning to research?

I am now writing about the organized labour movement in Lithuania. The topic is very relevant after the recent teachers' strikes and after the prime minister said that labour unions were supported by Moscow. Between the wars, labour unions would also be accused of working for the communists and Moscow. And we see the same thing repeating now.

We know that labour unions at the time were not helpless hostages to the communist party. That was a false view that lingers until now. We are working eight-hour days and get social benefits - and for that we must be thankful to those who fought for them in the 1920s and 1930s Lithuania.

Do many women choose to be historians?

In the public realm, we see many male historians, especially among the most influential ones. When you think of historians, portraits of men come into your mind.

But at least at Vytautas Magnus University (VDU) and Vilnius University, the ratio between men and women is near-equal. The History Department of VDU is headed by Professor Vaida Kamuntavičienė. In terms of output, women historians lead in the Kaunas History Annals published by VDU.

It is no longer a male affair. History has long been his-story, since, as they say, "history is written by white men". But for over 40 years now, we have had an alternative word, her-story. With this notion, historians started talking more about previously unexplored topics, like women and their history.

One of your research projects was about cinema consumption in Kaunas between 1918 and 1940. According to a newspaper article from 1931, erotica comprised about half of all films screened in Kaunas cinemas. Even their titles are suggestive: "Homosexualists", "A Thousand and One Women", "The World of Vice and Perversion", "Sodom and Gomorrah of Today", "Naked Women".

In the early 1900s, when cinema arrived in Lithuania, it was a relatively cheap form of entertainment, definitely cheaper than theatre. It was a way to spend leisure time for all social classes. Watching cinema did not require any specific knowledge or dressing up, as theatre going did.