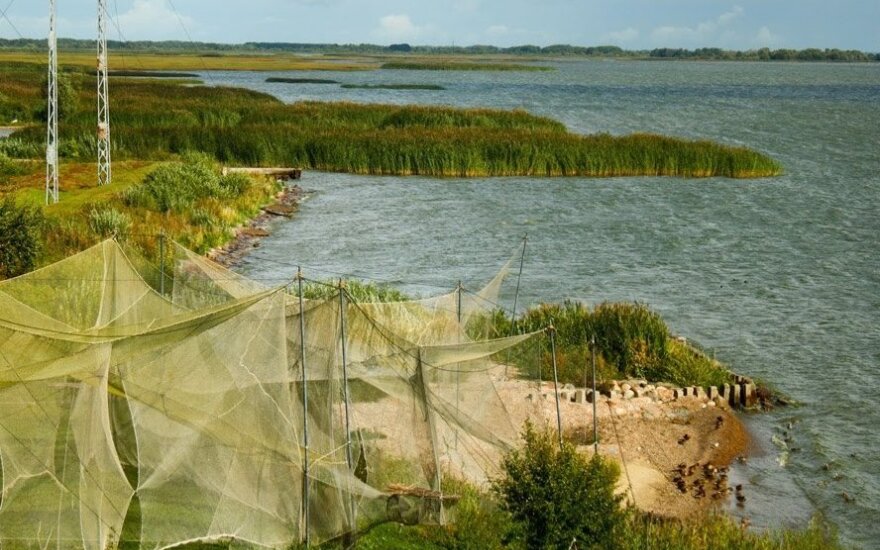 Ventė Cape is a unique location on the Lithuanian shoreline, as it intersects the migration path of birds of the Baltic Sea area. When the conditions for bird migration are favourable, some 300,000 migrating birds fly over the Ventė Cape on any given day. Originally, the ornithological station of Ventė Cape with the purpose of bird ringing was established in 1929; in 1978 to 1979, bird traps, the largest of their type in Europe, were designed and erected successfully. Ever since the opening of the ornithological station, some 2.5 million birds have been ringed on the site.

According to the environment minister, "the ornithological station that was built over 80 years ago was focused on bird catching and ringing; it was unsuitable for such flows of visitors coming to see it. I am glad to see that today this exceptional facility, placed in a picturesque setting and lying on the migration paths of flocks of birds, to be fully adapted and open to visitors".

Implementation of the project, co-funded by the European Union and the national budget, included erection and installation of the visitors' centre, presentation of an exposition dedicated to the bird migration, development of an IT system, adjustment of the surrounding environment to visitors, and development of an infrastructure for visitors. Observation paths in place will facilitate control of movement of visitors and ensure both unrestricted migration of birds and the ringing operations.

An extra-large screen in the station streams videos introducing visitors to the migration and ringing of birds. The exposition also features stuffed birds, while the observation deck commands great views of the Curonian spit, the Curonian lagoon, and the Nemunas Delta.