BNS
The guerilla war that started in Lithuania at the end of the second World War Two was the state's legitimate self-defense against the Soviet aggression and Adolfas Ramanauskas-Vanagas, whose remains were buried in a state funeral on Saturday, was the commander-in-chief of the republic's armed forces, the Lithuanian Constitutional Court's president said on Friday. 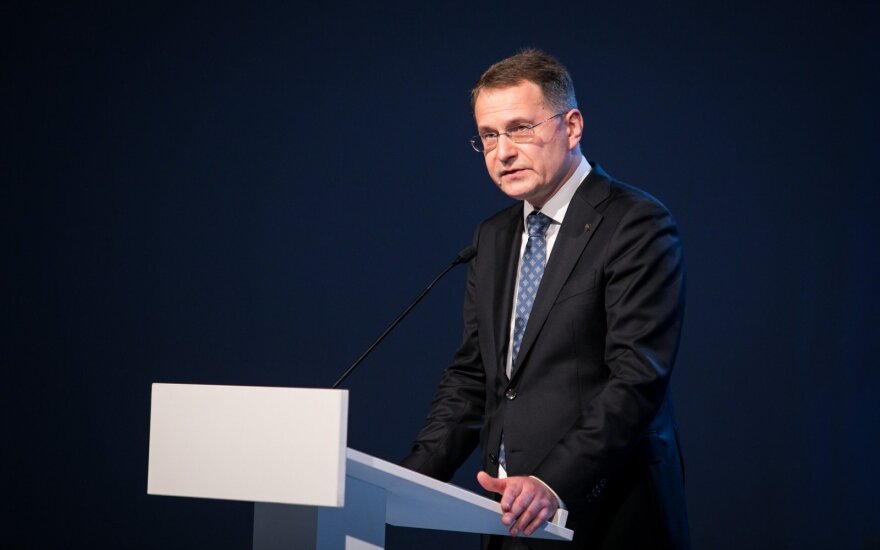 "The guerilla war should be considered a war between two states (and) the Republic of Lithuania's self-defense against the Soviet aggression," Dainius Žalimas told BNS.

"From the point of view of constitutional and international law, partisans were the Republic of Lithuania's organized armed forces," he said.

Under constitutional and international law, Lithuanians could not be punished for resisting the Soviet aggression, Žalimas said.

In his words, the Council of the Union of Lithuanian Freedom Fighters was the highest legitimate authority under the Lithuanian Constitution.

In a declaration signed on February 16, 1949, the council assumed responsibility to lead the restoration of an independent and democratic state of Lithuania.

The document mentions, among other things, the Universal Declaration of Human Rights, which means that Lithuania has been bound by the declaration since 1949, Žalimas noted.

"This is one of the facts we can be rightly proud of, even though the implementation of the declaration did not depend on Lithuania in subsequent years," he said.

Ramanauskas-Vanagas was in 1949 appointed as first deputy chairman of the Presidium of the Council of the Union of the Lithuanian Freedom Fighters and commander-in-chief of the defense forces.

"Ramanauskas-Vanagas is quite rightly considered and honored as the commander-in-chief of the Armed Forces of the Republic of Lithuania," Žalimas said.

Currently, there is no evidence to confirm that he also took over the functions of the chairman of the presidium, and thus the head of state, from Jonas Žemaitis.

After several years in hiding, Ramanauskas-Vanagas was arrested and brutally tortured by the Soviets in 1956 and executed a year later. His remains were found and identified earlier this year.