LT Daily, DELFI
aA
A psychiatric examination of the suspect in the investigation of a tragic double homicide in Kėdainiai district has been ordered as forensic experts presented their findings. A father is suspected of having thrown his two kids into a well. 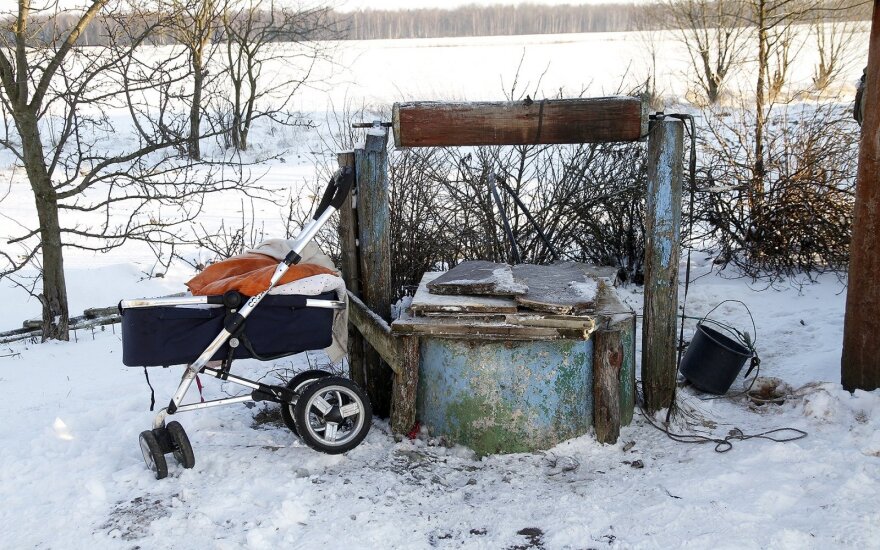 The man, 36, has been charged with murder. Forensic experts say that one of the victims, a two-year-old boy, died of drowning. The cause of death of a 4-month-old girl could have been either drowning or hypothermia.

The examiners have also found injuries and bruising on the head on both bodies. It is yet unclear whether they are the result of falling or a previous beating.

The suspect has exhibited "unusual behaviour" in detention, leading investigators to question his mental health. A psychiatric examination of the man has been ordered.

"During questioning, he did not give any sensible explanations, only pieces of information that are hard to tell whether they are reality or fantasy," said prosecutor Andrius Kiuršinas during a press conference on Wednesday.

"He did not give specific motives, so we will need to reconstruct everything during our investigation, to understand why he did it," said Kiuršinas.

Police officers said they were called to the crime scene in Saviečiai village by the suspect's partner and the victims' mother.

When they arrived, they said they could still hear at least one of the children crying inside the well. Unfortunately, they could not save the victims in time.

The government called a meeting on Monday to discuss what could have done to prevent the tragedy.

President Dalia Grybauskaitė has suggested setting up a new institution to deal with families at risk and help coordinate work of other institutions.

Meanwhile Prime Minister Algirdas Butkevičius has said that existing institutions could be granted more powers to intervene in families suspected of child abuse.

President speaks out about collective responsibility after Saviečiai tragedy

President Dalia Grybauskaitė said not only the state but society as well had to take care of...

After a tragedy in Kėdainiai District when a father killed his two children by throwing them into a...

The prosecution is seeking life sentences for three young men standing trial for the murder of a...