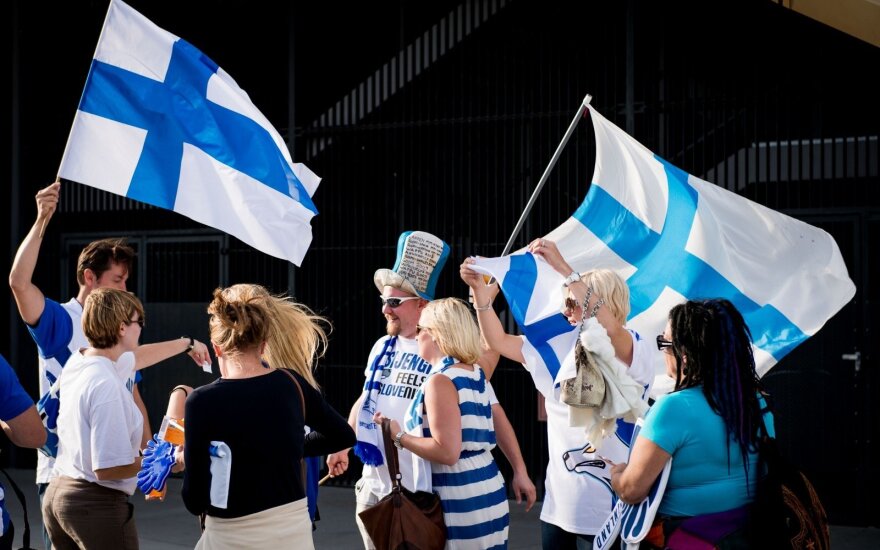 "The newly-formed government will have a lot of work to do. I will highly recommend that they come here to look around, talk and learn from the experience and innovation that could be implemented in Lithuania as well," Grybauskaite told reporters during her visit to Aalto University on Wednesday.

"The new political forces that are leading in the first round (of Lithuania's parliamentary elections) say in their education programs that a reform of the education system, especially a higher education reform, is necessary and we only will look at how this can be practically implemented," she added.

Aalto University, which is located some 10 kilometers from Helsinki, was set up in 2010 through a merger of three Finnish higher education institutions established more than a hundred years ago, including the Helsinki University of Technology, the Helsinki School of Economics and the University of Art and Design Helsinki. The individual rankings of these institutions were not very high, but following the merger, Alto University is now ranked 133rd in the global QS World University Rankings and has been moving up the ranking ladder every year.

Grybauskaite noted that Finland has reduced the number of universities from 21 to 15 since the launch of the higher education reform in 2009. By comparison, Lithuania, whose population is almost half the population of Finland, has as many as 45 higher education institutions.

"If we optimized the network -- what we propose is to combine and optimize it, not destroy -- all will benefit. Certainly, it's always scary to make the first step, but not all things were easy (for Aalto University) and there was resistance, too. But (we have to do so) if we want all (universities) to have enough money, to be efficient and competitive, because now only one of them has made it to the world's top 500 list," she said.

Finnish universities are funded under agreements with the state. Finland allocates 2.2 percent of its GDP to higher education, compared with 1.3 percent of GDP in Lithuania.

We should talk about education quality, not number of universities

When initiating reform of higher education in Lithuania, persons involved should speak about the...