'Pope is not a wizard'

the Lithuania Tribune, LRT
aA
Pope Francis arrived in Poland on Wednesday to take part in World Youth Day events. Openness to fellow humans, especially amidst the refugee crisis in Europe, has been the Pope's central message, but will it be heard in the country that has refused to accept refugees, a Lithuanian historian wonders. 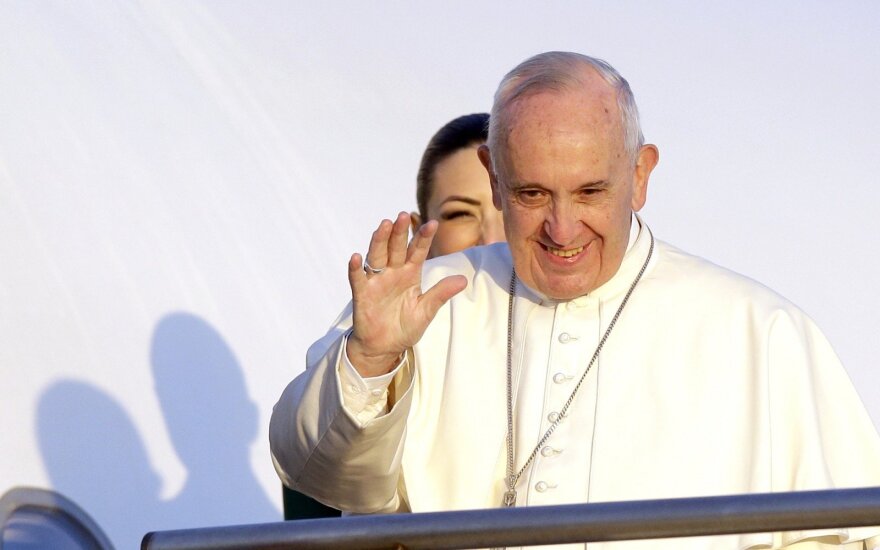 "The Pope is not a wizard. But doubtlessly, he will remain faithful to his message," says Vilnius University historian Vytautas Ališauskas, Lithuania's former envoy to the Holy See.

"On the other hand, the Pope is definitely not proposing irresponsible acceptance of the refugees. The governments' job is to make sure they are integrated, that they find a place in the society, that they are properly informed about the society they live in.

"But it's not the Pope's job. The Pope is urging to create an atmosphere where refugees could feel dignified. We all know that where people feel dignified, there are fewer problems [with radicalization]," according to Ališauskas.

Related articles
1,500 Lithuanians head for Krakow to meet with Pope Francis
Lithuanian archbishop Matulionis to be beatified in June

Speaking ahead of his trip to Krakow, Poland, Pope Francis said on Wednesday that the world was at war.

"The word we hear a lot is insecurity, but the real word is war," the pontiff said.

"We must not be afraid to say the truth, the world is at war because it has lost peace. When I speak of war I speak of wars over interests, money, resources, not religion. All religions want peace, it's the others who want war," Pope Francis added.

1,500 Lithuanians head for Krakow to meet with Pope Francis

Around 1,500 young people from across Lithuania are heading to Krakow for World Youth Day 2016...

Lithuanian archbishop Matulionis to be beatified in June

Pope Francis has set the date for beatification of Lithuanian Archbishop Teofilius Matulionis –...

Lithuania's Prime Minister Saulius Skvernelis is readying for this week's visit to Vatican to meet...

Pope Francis plans to visit Lithuania in the autumn of 2018, the president's office confirmed to BNS...