BNS EN
The death of a 4-year-old boy in Kėdainiai, central Lithuania, after severe beating at home has caused Lithuanian politicians and public to again shift their attention to the situation of child's rights. 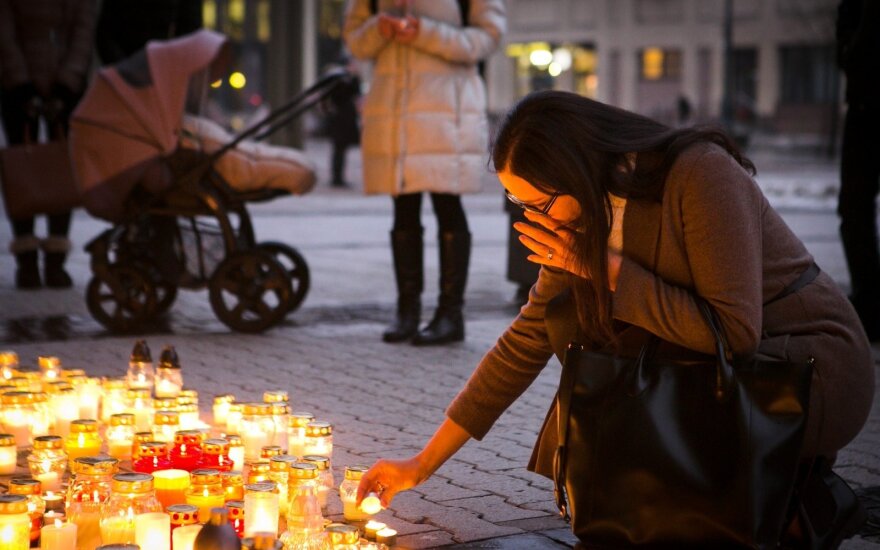 Candles in the front of the Seimas
© DELFI / Andrius Ufartas

A civil campaign aimed against violence against children kicked off outside the parliament building on Friday, politicians speak about the changes needed in the area of child's rights and the parliament is planning an extraordinary session to approve a law on child's rights. Some lawyers told BNS that the existing legal levers were already sufficient to prevent child abuse, however, noted lack of political will to enforce the laws.

A report about a child heavily beaten in his home in Kėdainiai was received at 11:30 p.m. on Wednesday. Doctors and police officers who rushed to the scene discovered the boy in unconscious condition. Paramedics managed to revive his heart, however, the boy died in hospital in early hours of Friday.

The investigation launched into severe bodily injury was revised into killing. Suspicions were brought against the boy's mother and her live-in boyfriend. According to case information, the boy was heavily beaten by the man.

The probe revealed earlier beating of the boy. The suspects said the latest outbreak of violence was caused by the boy's failure to correctly pronounce a few words.

"Their explanation is that the boy was taught numbers and could not pronounce some of the numbers. This was the start," prosecutor said.

The tragedy triggered a heated reaction in the society: civil campaigns were launched in a series of cities across Lithuania, with people gathering to light candles and express their concerns about violence against children.

The campaign took place outside the parliament building on Friday, with a slogan calling to end genocide of children was placed next to the parliament sign and a few hundred of candles lit around it.

Social Security and Labor Minister Linas Kukuraitis went to Kėdainiai on Friday, Vilima Jucevičiute, the head of the municipality's Child's Rights Protection Division, to resign. She stepped down on Friday evening.

A number of politicians have pledged to take immediate action and adopt the law on children's rights in an extraordinary session in February. Prime Minister Saulius Skvernelis urged parliamentarians to adopt the amendments without delay. Meanwhile, some lawyers say there are enough legal measures to protect children from abuse.

"There are already enough measures to protect children, if there is enough will to address the issue. We have the Penal Code, which clearly stipulates the constituent elements of criminal offenses and even the characteristic of victims being minor individuals," Petras Ragauskas, expert from the Lithuanian Institute of Law, told BNS on Friday.

Lithuania's public and politicians were repeatedly shaken by tragedies of abused children in 2016, as well.

A Lithuanian court has issued arrest warrants for the mother and stepfather of the 4-year-old boy who...