Polish investigator who kidnaps Lithuanian children from Norway's child services: We did things we cannot talk about

(1)
Rūta Pukenė, Ryszard Rotkiewicz,
DELFI EN
aA
It is a public secret what Krzysztof Rutkowski, a Polish private investigator, does for a living. He is helping people who have had their parental rights restricted by Norway's child welfare services to get their children back. Rutkowski tells DELFI that he has worked with families from Lithuania, too. 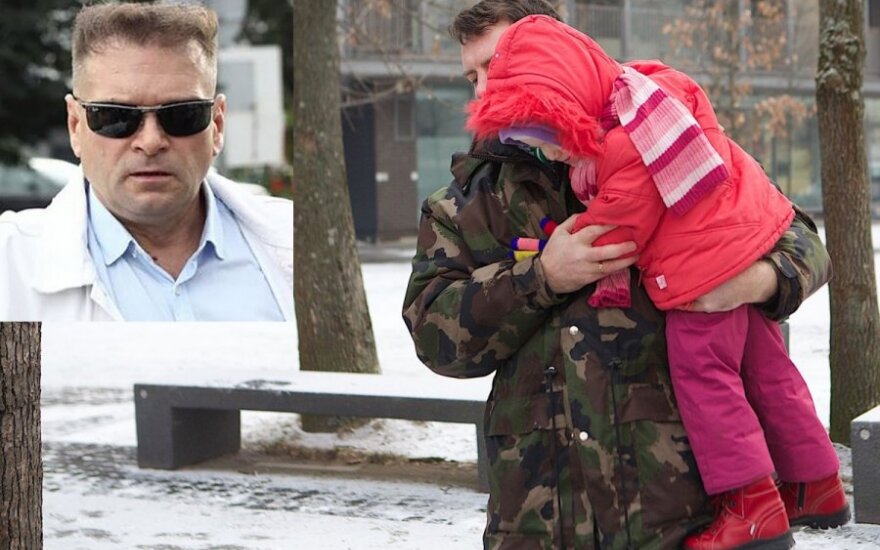 "I've had many cases when we helped, we cooperated with Lithuanian families. I cannot tell you everything, but we've accomplished a lot. Many cases were settled in our favour. We also did things that we cannot boast about or relate publicly," he told DELFI.

Rutkowski is a widely-known investigator in Poland. Even though the website where he advertises his services does not give any details - about how he helps parents kidnap their kids from child welfare institutions or foster homes - people who need his services, usually migrant families in Norway, know what he can do.

Rutkowski, who is himself a parent, says he sympathizes with people who have had their children taken away.

"It depends on the assignment, but parents know that I will definitely get their kid back to the family within a month," he says.

Even though there have been rumours that only well-off people can use his services - his help was alleged to set them back some EUR 50,000 - Rutkowski insists that it is slander. He says he helps some desperate families for free.

"I don't ever give anyone such prices. Complete nonsense. I've never worked on a case where I charged so much. This is a total exaggeration. We've settled many cases completely free of charge," he insists.

Stopped at the border

Rutkowski says one of such cases was the story of a boy named Alexander which received wide coverage in the Russian media.

According to lifenews.ru, Irina, a Russian immigrant in Norway, had a husband who mistreated their children. Child welfare services therefore took them away from the family.

Irina would not accept that, so she turned to Rutkowski, who helped her kidnap her 13-year-old son Alexander. The Polish investigator got Irina and Alexander out of Norway. They traveled to Poland from where they were planning to go to Russia, but were stopped at the border.

"The border officers said Alexander was wanted in Norway. I was afraid they might have received notification that I had my parental rights taken away. But that's not how it was!" Irina said.

The story of the Russian boy, however, did not end in the Embassy of Norway. Russian officials made sure that Irina and Alexander reached Russia.

As it emerged some time later, only hours after the two had crossed the Polish-Russian border, accompanied by Moscow's children's rights ombudsman Pavel Astakhov, Poland received a notification from Norway, demanding to immediately return 13-year-old Alexander to the country.

Climbing out of second-floor window

Polish media give more stories about Rutkowski's "feats". Sp.pl has extensively reported on the story of nine-year-old Nikole whom the investigator helped take away from the town of Larvik in Norway.

Her parents say that the girl one day simply did not come back home from school. While they were investigating, what had happened, Norway's child welfare service, the Barnevernet, put the girl into a foster family.

The parents then acted fast. The girl was secretly handed a mobile phone and instructed to wait for a text: "Be ready." After dark one evening, Nikole, who was waiting at her window, heard a silent noise in a bush. A man who emerged from the bush threw her a rope.

"I was not afraid, I knew that mother will not let anyone hurt me," sp.pl quotes the girl as saying.

What happened next sounds like a scene from an action thriller. The girl tied the rope around her waist, tied the other end to a bed and climbed out of her window on the second floor. The man who gave her the rope caught the girl on the ground.

She was immediately taken to a car where her parents were waiting for her. A convoy of vehicles accompanied the car all the way to Poland.

"When I learned about the misfortune that befell this family, the parents showed me Nikole's empty room, I could not hold back my tears. I knew I'd do everything to rescue the girl from Norway's modern prison. We operated like the FBI. The only principle we went by was this: you can do everything as long as you don't get caught. Yes, Norway discovered that the girl had gone missing, but when they called the search, she was safe in Poland, in the arms of her loving parents," Rutkowski then described his job of kidnapping a minor.

No plans of stopping

There have been speculations that Polish diplomats close their eyes to Rutkowski's activities. According to one story, when Barnevernet officials came to talk to him, they saw SUVs with masked men inside parked outside his office and would not dare to come again. The investigator himself tells DELFI his job is tough.

In 2006, he was arrested by domestic security services under suspicions of money laundering and document forgery. In 2007, Rutkowski was sentenced to one and a half years in prison for illegal detention. In 2008, he had to appear in a district court and, in 2012, was sentenced to two and a half years for influencing state institutions. Another charge was brought against him in 2010 for illegal activities in his work.

"We are soon meeting clients from Lithuania, we are definitely not planning to stop," Rutkowski tells DELFI.