Polish dissident: Poland should apologize Lithuania for occupation of Vilnius in 1920

Relations between Poland and Lithuania are not at their best and one of the reason, says former Polish dissident Zbigniew Gluza, is that Lithuanians still hold a grudge against Poles for capturing Vilnius in 1920. 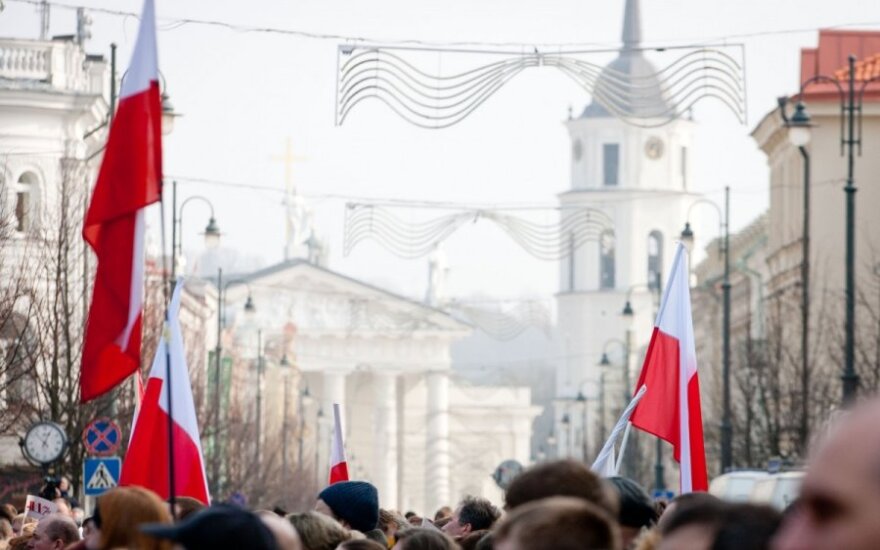 In an interview to the Polish edition of Newsweek, Gluza, who runs a foundation for the research of modern history of Poland, noted that his compatriots must understand and accept the way that Lithuanians look at the common history of the two nations.

"Our vision of the common past is completely different from the one of Lithuanians," he said. "I was dumbfounded when I saw information in the former KGB headquarters in Vilnius, which now houses a museum, that the building was used for repressions by the NKVD, the Gestapo and... during the Polish occupation."

Gluza then attempted to explain to the director of the Museum of Genocide Victims that the inscription was scandalous and highly provocative, because the Polish administration prior to World War II housed a simple detention centre in that building, which is a far cry from torture cells of the totalitarian regimes.

"I did not understand such a view held by Lithuanians, such a trauma at losing Vilnius. I am convinced that the source of today's Polish-Lithuanian conflicts lies in that history. While we react only to the symptoms, we give little thought to the underlying reasons," Gluza says.

"It seems that, if we seek a dialogue in the future, it is very important to look at the two decades between the wars through the eyes of Lithuanians," he adds. "Lithuanians still recall how Poland broke an agreement made two days before the forces of General [Lucjan] Zeligowski entered Vilnius on 9 October 1920. The way they see it is that Poland first acknowledged that Vilnius Region belonged to Lithuania and then took it by force."

"The contemporary Lithuanian state, deprived of its major city, declared the 9 October a day of mourning. The mourning only grew over the subsequent decades as did hatred towards Poland."

"History is still a painful topic for both sides, something difficult to discuss. It is much easier to react to current issues - spelling of Polish names or street signs in Polish-dominated regions. But without turning back to the past it is impossible to understand the process and its consequences," Gluza says.

Should Poland make a formal apology to Lithuania over Zeligowski's occupation of Vilnius? Gluza thinks that such an apology would only be meaningful if Poles truly understood the Lithuanian position: "Before uttering the word, Poles must study the history of the occupation of Vilnius, to listen to what Lithuanians say... For the words 'I apologize' to be meaningful, one must grasp the reason for the apology. On our side, the understanding is still lacking."

"But I realize now that Lithuanians expect to hear Poland openly say that the occupation of Vilnius in 1920 was a mistake and it was Poland's fault that no Polish-Lithuanian dialogue was possible for the subsequent two decades," he adds.

Asked by Newsweek whether Polish President Bronislaw Komorowski should be the one extending the apology, Gluza replied: "That would be best."

"Especially since the president's family comes from Lithuania," he adds. "If only for that reason, Bronislaw Komorowski could show more sensitivity about the issue than other Polish politicians. On the other hand, there's little doubt that many [in Poland] would see such a gesture as a betrayal."

Gluza says that Poland is not yet ready to accept Lithuania's point of view on the events of 90 years ago.

"Decades go by and we continue to stand with our backs turned to one another. All this - because several generations refused to pay proper attention. In the end, we must join forces in order to overcome this obstacle. Events that might have been left to a few paragraphs in history books continue to incite discord between Poles and Lithuanians. We should wait no longer," Gluza says.