BNS EN
aA
Vilnius police have cracked a heroin supply channel from the Middle East to the Roma settlement in the Lithuanian capital organized and conducted by a Tajik national in close contacts with Roma people in Lithuania. 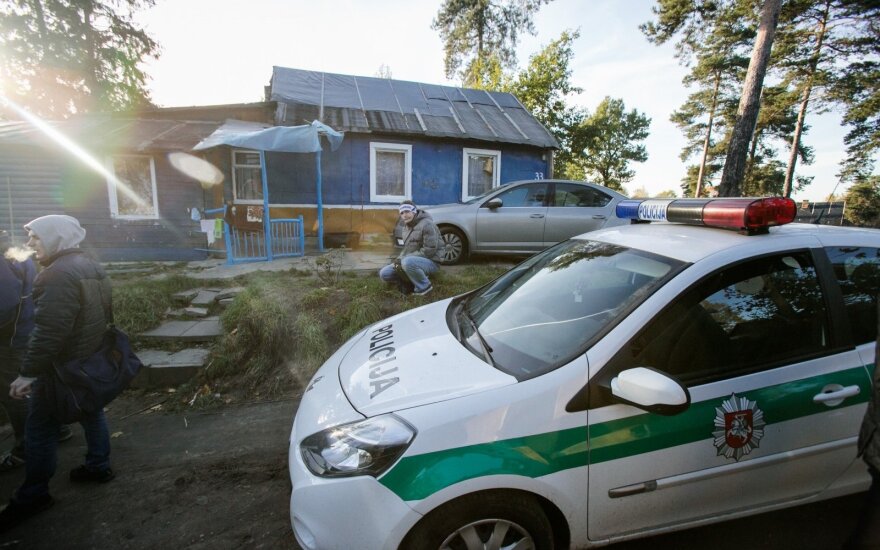 The investigation also busted a heroin wholesale point at the entrance to the Vilnius Roma settlement, which supplied the drugs to the Roma community.

In the course of the operation, Vilnius police officers apprehended and seized the largest-ever amount of heroin – more than 20 kg, which is enough to produce about 200,000 doses of drugs. It is estimated at over 1.2 million euros, the Vilnius County Police said on Wednesday.

In mid-2016, Lithuanian authorities opened a probe into unlawful possession of a very large amount of narcotic substances. During a lengthy and tricky investigation, criminal intelligence officers collected and analyzed information and subsequently established that the Roma community received drugs from a person arriving from Central Asia and often staying in Kaunas.

After processing the information of the dates of the person's crossing of the European Union's (EU) external borders, duration of stay, purpose of visit, vehicles used, operations, etc., he was identified as a 35-year-old individual holding citizenship of Tajikistan and Russia.

The suspicions of him being linked with unlawful drug turnover were fueled by the fact that the man specified car trading as the purpose of his visits, however, never took interest in any automobiles or bought any.

Lithuanian police officers established two Tajik citizens approaching the settlement and leaving a suspicious parcel at a road sign. The parcel was later confirmed to contain about 1 kg of heroin. Later on, the vehicle of the two Tajiks was pulled over on the Vilnius-Kaunas highway, and the two men were detained.

Further procedural actions unveiled 8 kg of heroin in an automobile in a Kaunas parking area, in addition to another 11 kg in another vehicle. The men have been arrested.

The case of unlawful possession of a very large amount of narcotic substances has been sent to a Vilnius court. Under the Penal Code, the criminal offenses are punishable by 10 to 15 years in prison.

Roma nationals moving out of the notorious settlement in Vilnius should be eligible for...

An event in Vilnius on Tuesday will pay tribute to the genocide of Roma people during World War Two .

The National Minorities Department has begun its Roma integration project.

Vilnius municipality is to launch a new Roma integration project that it said would challenge the...