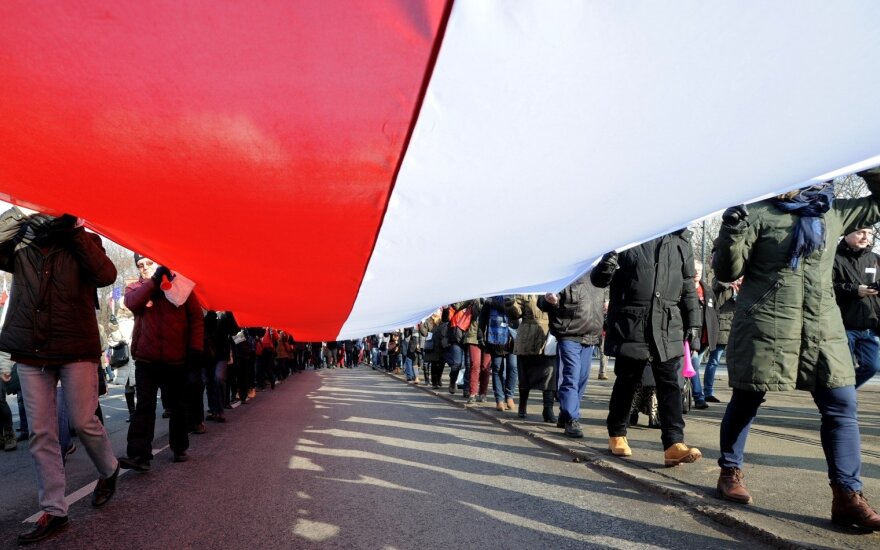 "I believe that if it is possible, digital terrestrial broadcasts should cover all of Lithuania, not only this region," he said reporters in Šalčininkai, a town in southeastern Lithuania with a large Polish minority population, on January 20.

According to Skvernelis, Polish information could counterbalance Russian propaganda.

"I we don't take this cultural niche and information space, then somebody else takes it. If people here watch Russian television rather that Lithuanian or Polish television, then we are forming a certain approach, too," the prime minister said.

Related articles
Where the Kremlin’s influence is largest – how to reduce isolation?
Seimas speaker suggests skipping "minor things" in ties with Poland

"The media have a huge impact. Therefore, civic education, camps, exchanging of good practices and, finally, access to information both from Lithuanian television and Polish television are very important," he said.

The Lithuanian parliament's May 3 Group, which aims to analyze and deal with problems of Poles in Lithuania and Lithuania-Poland issues, has said this week that up to eight Polish TV stations should be rebroadcast in the region of Vilnius.

"The May 3 Group expects such re-broadcasting of Polish TV stations to be launched by Jun. 1," said Andrius Kubilius, an initiator of the group.

"This is important because, according to studies by many sociologists and political scientists, people in the region of Vilnius mostly watch Russian and Belarusian TV programs and that they do not have access to Polish TV stations, even though Polish is their native language," he said.

Invest Lithuania to look at attracting investors to Salcininkai district

Invest Lithuania , the government's foreign investment promotion agency, will look at how to attract...